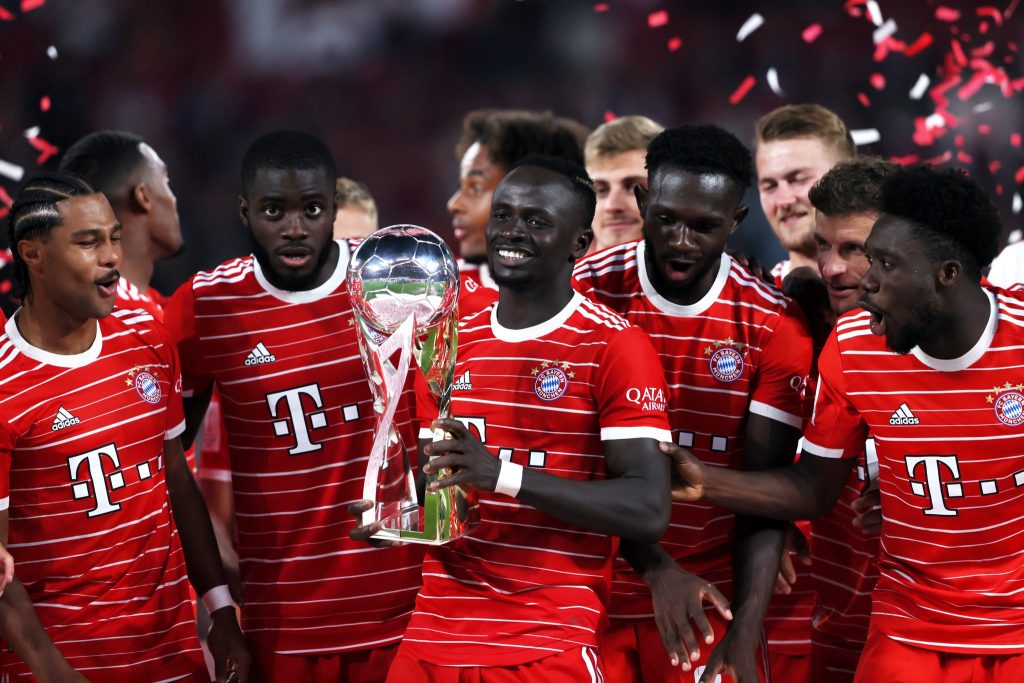 Sadio Mane got his Bayern Munich career off the mark as he scored his first goal for in their 5-3 win against RB Leipzig in the German Super Cup at the Red Bull Arena.

Leroy Sane sealed the 5-3 victory in extra time after Christopher Nkunku and Dani Olmo both scored goals for Leipzig from the penalty spot.

They had a terrific start, with Musiala scoring when he swept home after a corner was not cleared, which may have been inevitable.

Leipzig did settle, but shortly after, a Nkunku goal was disallowed for offside.

Bayern, who have won the league for the last ten years, frequently participates in this matchup between the Bundesliga champions and the current German Cup victors.

However, Germany’s Musiala was in excellent form and crucial to his team’s second goal by setting up Gnabry down the left.

The ex-Arsenal player found Mane, who scored forcefully for his first goal since his £35 million transfer from Anfield.

After Andre Silva, the substitute, struck the crossbar, Leipzig’s Halsterberg scored a goal by looping a header over Manuel Neuer.

However, Bayern did not have to wait long for the restoration of their three-goal lead. Thomas Muller drove down the right and Gulacsi did well to stop him, but Gnabry was there to score on the rebound.

After Pavard brought down Olmo in the area, Leipzig significantly improved in the second half and added a second goal on minute 77. Nkunku converted from 12 yards.

As Leipzig threatened a spectacular comeback by making it 4-3, Olmo scored himself at Neuer’s near post, but Bayern secured the victory through Sane’s counterattack.