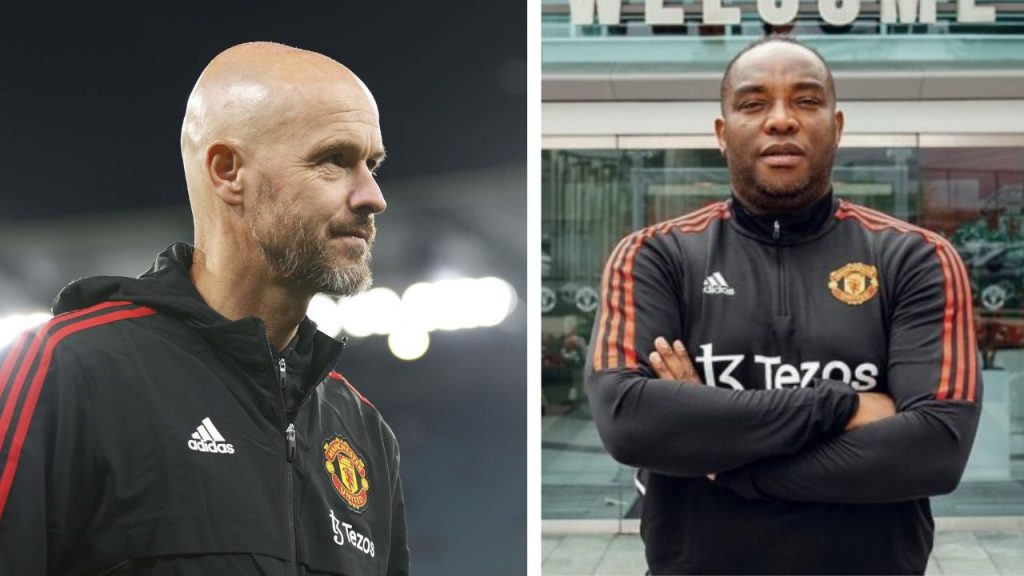 Manchester United manager Erik ten Hag is delighted to have Benni McCarthy in his coaching staff as he detailed what he South African manager will add to his team.

McCarthy arrived in Manchester on Saturday and has been announced by the Red Devils as their first-team strikers’ coach the following day.

The former AmaZulu has been a long-time fan of Man United and is now elated to work for them as a coach.

So is the club’s head coach Erik ten Hag who did hailed the South African gaffer after his move.

“There was still a place in the staff. I wanted a different profile. [and] he is experienced”, ten Hag said after United’s 1-1 draw against Rayo Vallecano at Old Trafford.

“He was a manager, coach, professional, scorer, a very good scorer. He will be useful for the attackers, but also for the full-backs, the midfielders ground.

“He will focus on the positioning and attacking. I’m not saying only the strikers, but also the integration from the full-backs and midfielders. Our way of play has to be dynamic“, he added.

Manchester United will start their Premier League season with a home game next Sunday against Brighton & Hove Albion.