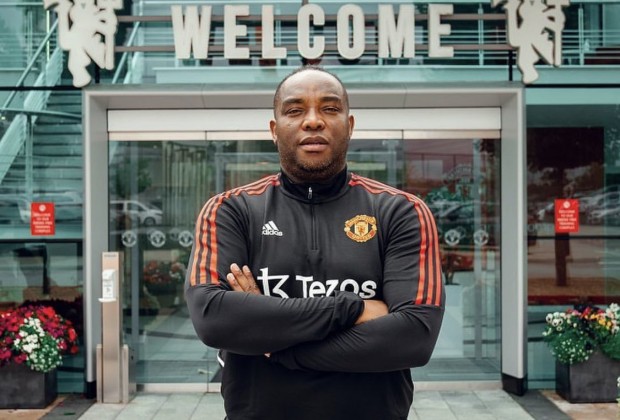 Manchester United have confirmed the appointment of Benni McCarthy as their first team strikers’ coach on Saturday evening after the South African manager landed in England.

“Manchester United boss Erik ten Hag has added to his backroom team with the appointment of Benni McCarthy as a first-team coach”, Red Devils wrote on their official website.

“Ten Hag will work closely with assistants Mitchell van der Gaag and Steve McClaren, with Benni slotting in alongside Eric Ramsay and Darren Fletcher as coaches. Former midfielder Fletcher also has a wider remit as technical director, overseeing the path from Academy to the first team, plus players out on loan.

“Richard Hartis and Craig Mawson are the goalkeeping coaches.

“Everybody would like to extend a warm welcome to Benni, upon joining the club.”