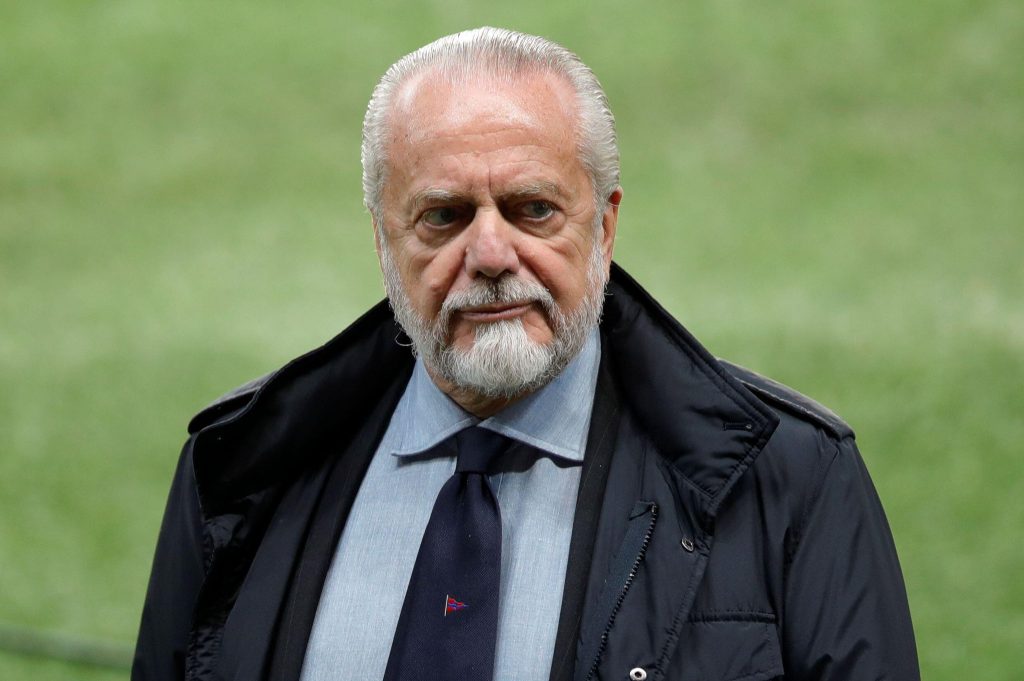 President of Napoli Aurelio de Laurentiis has sworn never to buy another player from Africa unless a commitment is made to not compete in the Africa Cup of Nations.

De Laurentiis reportedly stated this at a live-streamed event, according to Football Italia.

The 73-year-remark old’s might have something to do with Victor Osimhen of the Super Eagles’ frequent national team commitments.

Read Also:Kepa Set To Join Napoli On Loan From Chelsea

Following a collision with Milan Skrinier of Inter, Osimhen had a significant face fracture that required surgery last year.

He also tested positive for COVID-19, although he declared himself well enough to compete in the Cameroon 2021 Africa Cup of Nations early this year.

The only two Africans currently playing for the Serie A team are Osimhen and André-Frank Zambo Anguissa of Cameroon.

Kalidou Koulibaly, the captain of Senegal, just switched from Napoli to Chelsea after eight years.

Anguissa and Koulibaly, on the other hand, represented their nations, with the latter helping Senegal win its first-ever AFCON championship.

De Laurentiis responded to queries at the live-streamed event by saying:

“I told them, lads, don’t talk to me about Africans anymore.

“I love them, but either they sign something confirming they’ll back out of playing the Africa Cup of Nations, or otherwise between that tournament, the World Cup qualifiers in South America, these players are never available!”

“We are the idiots who pay salaries only to send them all over the world playing for others,” De Laurentiis said.

In response to the COVID outbreak, the lawyer for Napoli club, Mattia Grassani, had previously warned that the club will take legal action to ‘defend its players’ when Osimhen declared himself well and available to represent Nigeria at the AFCON.

In response to the COVID19 outbreak, Grassani stated last year, “Considering the epidemiological condition, there could be legal action because this competition (AFCON) takes away significant resources from the clubs.”

“It is a particular historic moment, so it would be different if we felt 99 per cent confident of the situation.

“The clubs invested a lot of money for signing players like Victor Osimhen, so if he were to become infected, that’d be tough to deal with.

“The first step would be legal action to prevent the call-up, then if there were concrete elements to sue because the health standards are not the same as in European competitions, then there could be more appeals to gain an exemption for Europe-based players.”