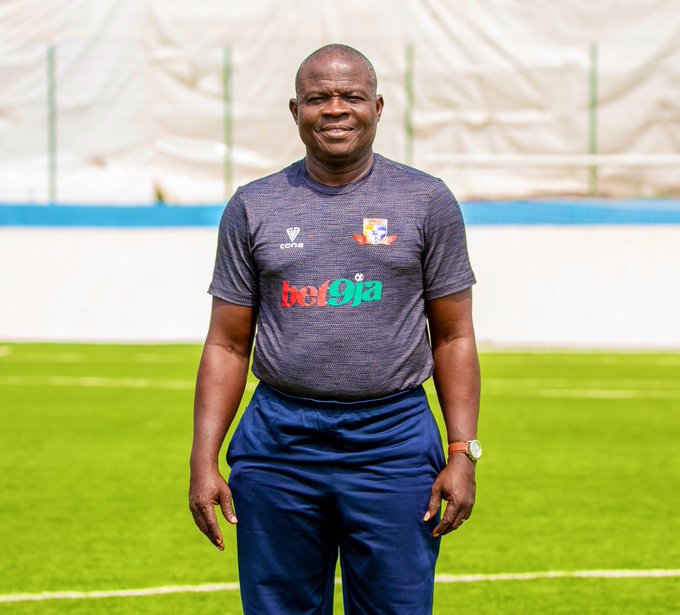 Before the 2022–2023 league season, Remo Stars of the Nigeria Professional Football League are expected to introduce Daniel Ogunmodede as new head coach.

Following the conclusion of his contract in the just concluded season, former Rangers International coach Gbenga Ogunbote left the organization.

Contrary to what the oddsmakers had predicted, Remo Stars came in third place on the log and was allowed to select a continental ticket to compete in the CAF Confederation Cup.

For the 2022–2023 league season, the club management has reached an agreement to choose Daniel Ogunmodede as their new manager.

Prior to his stint with CD Feirense in the Portuguese league two seasons ago, Ogunmodede brought the team back to the NPFL.

The team under his leadership fell to Akwa United 3-0 on Wednesday in the round of 32 of the Aiteo Cup.

Prior to the upcoming season, he will be introduced as the team’s manager on Friday.

The club in a statement confirmed that they will no longer need the service of Ogunbote.

“We hereby announce the departure of our Head Coach, Gbenga Ogunbote following the expiration of his contract.

Speaking on behalf of the club, CEO, Lookmon Ogungbefun expressed the club’s gratitude saying; “Our most sincere thanks go to Coach Gbenga who was unrelenting in his efforts to get the club back to competing at top level as well sealing a historic continental finish, for this, we wish him nothing but future success.”

“The club have now announced former coach, Daniel Ogunmodede as the new head coach and he is to be unveiled on Friday.”