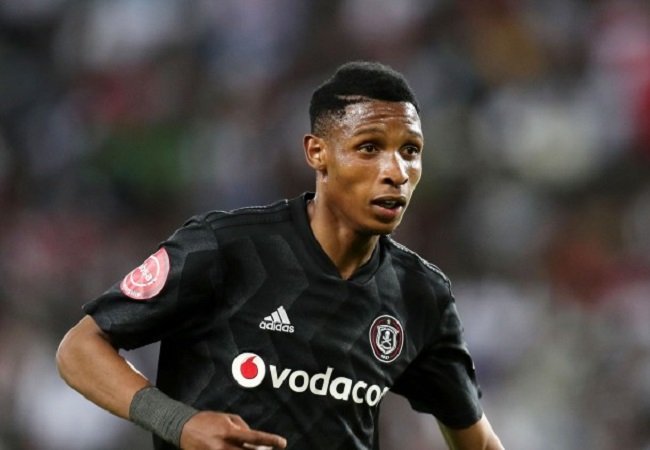 Orlando Pirates have suffered a major injury blow just two days ahead of their DStv Premiership opener against Swallows FC.

Also Read : PIRATES’ NEW CAPTAIN REVEALS HOW BUSY THEY ARE ABOUT THE NEW SEASON

The Buccaneers will reportedly be without the services of a star new signing for approximately six weeks.

“Orlando Pirates will get their 2022/23 DStv Premiership season underway against Swallows FC this weekend. However, they will have to do so without striker Evidence Makgopa.” A SoccerLaduma report read.

“However, Siya sources have informed the crew that Makgopa suffered an ankle injury in training and could be ruled out for up to six weeks.

“But the club is hoping that his spell on the sidelines is shorter“.

In other news, an Orlando Pirates star will be left highly traumatized just days ahead of their DStv Premiership opener against Swallows FC.

Bucs star Vincent Pule was ‘hijacked and kidnapped’ over the weekend according to reports.

His black BMW and belongings were stolen however Orlando Pirates media officer Thandi Merafe confirmed the player is safe and an investigation is underway.

“The ordeal happened and the player is safe. I cannot give more details on the incident until the investigations are concluded.” Merafe told the same publication.

The star winger missed large parts of the 2021/22 campaign due to an injury picked up on international duty.

His absence was largely felt at Orlando Pirates, who struggled to consistently find the back of the net in the DStv Premiership.

Now, with just a few days left before the season gets underway, his availability for the clash against Swallows remains uncertain due to the tragic occurrence.