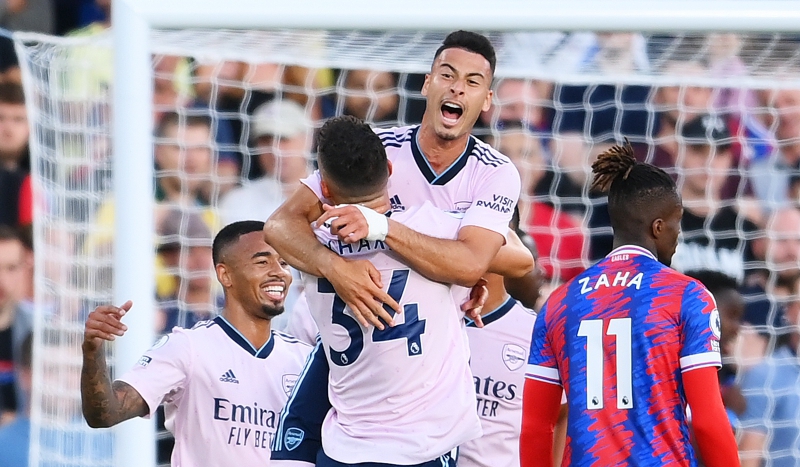 With a strong effort that was rewarded with Gabriel Martinelli’s goal in the 20th minute thanks to new signing Oleksandr Zinchenko’s headed assist, the Gunners continued their strong preseason form.

Odsonne Edouard pushed Aaron Ramsdale into a stop after Joachim Andersen’s header found him in the six-yard area after Palace finally adjusted to the visitors’ tempo late in the first half.

Read Also:Vieira Predicts ‘A Different Arsenal ‘Ahead Of The Season Opener

Encouraged by a boisterous home crowd, the Eagles surged forward in quest of a leveler, but Arsenal scored again when Marc Guehi unintentionally headed Bukayo Saka’s ferocious cross into his own goal late in the game.

There has been enough to whet Arsenal fans’ appetites this summer, including the club’s shrewd transfer dealings, prolific preseason play, and being the subject of Amazon’s most recent All or Nothing series.

Arsenal wasted no time in stamping their authority on the game, which quietened down the raucous home crowd.

Martinelli blazed an early chance wide after some superb solo dribbling from Jesus, who looked like he had been playing in an Arsenal shirt all his life.

With Arsenal defending their box with great resolution, Saka grabbed the game by the scruff and made the game safe with some outstanding wing play.

His cross was clumsily headed home by Guehi and allowed the Arsenal fans to relax for the remaining six minutes.

They can certainly be excited for what could be on the cards this season as the club look to improve on their fifth-placed finish last term.