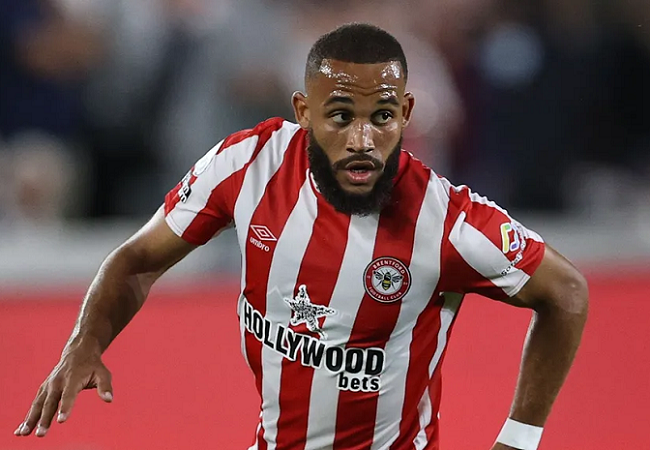 Brentford forward Bryan Mbeumo has committed his international future to Cameroon, with less than four months to go before the start of Indomitable Lions’ World Cup campaign.

Mbeumo, who turns 23 on Sunday and was born in Avallon in central France, played for his country of birth at Under-20 and Under-21 level. But he is eligible for the central African nation through his father.

“Can’t wait to start this new adventure!” He Tweeted.

Mbeumo will now represent Cameroon – the land of his father – after being announced by the Cameroon Football Association on Friday.

“The federation have the pleasure to announce that the footballer Bryan Mbeumo has decided to play for the national football team of Cameroon – the Indomitable Lions.” Read the Federation’s statement, signed by General Secretary Blaise Djounang.

“This decision, which is the culmination of conversations nourished with the president of FECAFOOT [Samuel Eto’o], is driven by the rediscovered credibility of FECAFOOT and the professionalism of the management of national team selections in Cameroon.”

Fecafoot must obtain international clearance from world governing body Fifa for Mbeumo. Because he made 10 competitive appearances for France at youth level.

However, Fecafoot is confident of a swift approval, which would make him eligible to feature for the Indomitable Lions at the World Cup in Qatar later this year.

Rigobert Song’s side have been drawn against five-time champions Brazil, Serbia and Switzerland in Group G.

The Cameroonian striker, who has a French mother, began his professional career at Troyes in France before joining Brentford, then in the Championship, in August 2019.

He contributed 16 goals in 45 league games in his first season, before adding another eight goals in the 2020-21 campaign to help the Bees win promotion to the Premier League via the play-offs.

He scored his first career hat-trick in Brentford’s 4-1 win over Port Vale in the FA Cup third round in January, having come on as a second-half substitute.

Three weeks later, Mbeumo was rewarded with a new contract that will keep him at the west London club until 2026.

He scored eight goals in 38 matches in all competitions last season, and registered seven assists in the top flight as Brentford finished 13th in their maiden Premier League campaign.