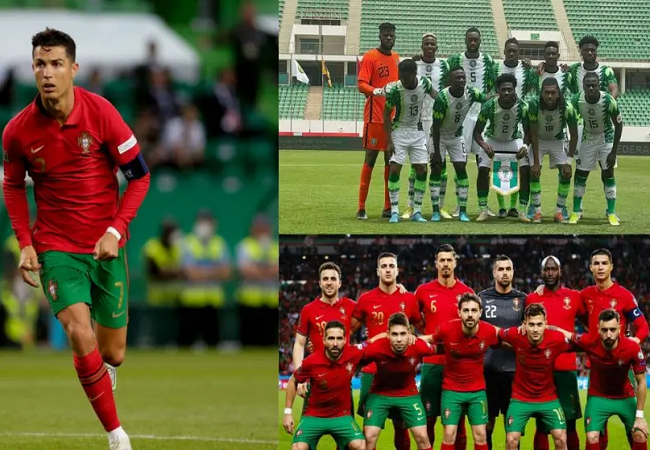 He said the game is being lined up based on Nigerian coach, Jose Peseiro’s connection with the Portuguese FA.

Nigeria were billed to face Guinea Bissau in a double header AFCON qualifiers in September. But CAF has postponed the games to March 2023.

After CAF delayed announcement about the change of schedules for September, the Super Eagles organisers waited for an official announcement to make moves.

With new dates for the qualifiers and absence from the World Cup, it became necessary for the team to play top friendly games as preparation for future engagements.

The NFF Secretary-General said during his chat with Brila FM that the Super Eagles will use the FIFA free window for friendly games till next year.

“We are all aware that qualifiers was fixed for September. But because of the change of date of the AFCON qualifiers which has been moved to next year March, therefore the NFF has made it a duty to always use the FIFA window to play quality friendly matches with the aim of keeping the team in good shape.

“That’s why we use the contact and connection of our coach (Jose) Peseiro who is a Portuguese to arrange a quality friendly match with the Portuguese national team.“

The Super Eagles have never played against Portugal at the senior level and will be tested by a star-studded Portuguese team having arguably the best goalscorer football has ever seen in Ronaldo.

Portugal will be playing at the 2022 World Cup and will use the game as one of its preparatory routes for the competition. They are also in the same group as Ghana, who stopped Nigeria from going to the World Cup in March.