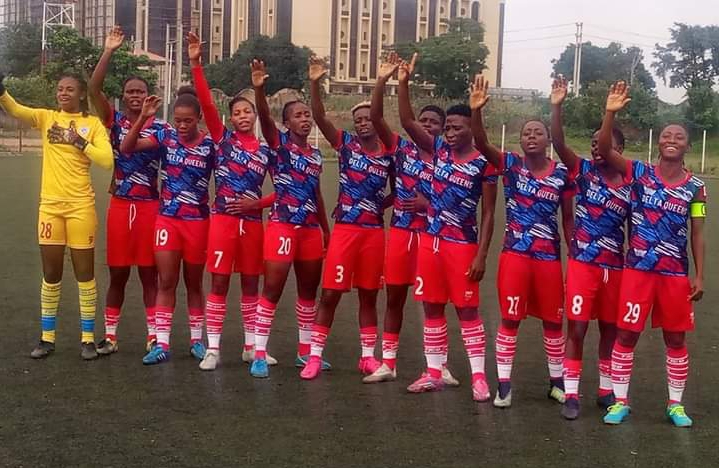 Delta Queens are through to the final of this year’s women’s Aiteo Cup following a 2-0 victory against FC Robo.

The Pulsating Semi- Finals encounter that saw the two sides nock horns in fierce battle at the area 3 pitch, Abuja had seen both sides miss chances.

However, Mercy Omogwo found the net and broke the deadlock for Delta Queens in the last gasp of first half.

Monday Gift who was part of the Super Falcons team that finished fourth at the just concluded WAFCON put much effort to equalize for FC Robo.

But a solid rock Delta Queens defence gave her no chance as they persistently thwarted all her efforts and that of her teammates.

Prolific and energetic Forward Chinaza Agoh scored her 7th goal for Delta Queens FC in the ongoing AITEO cup in the 82nd minute as Delta Queens cruised to the final of the women’s Aiteo Cup.

They will now face NWFL champions, Bayelsa Queens who defeated Nasarawa Amazons by a lone goal in the final.