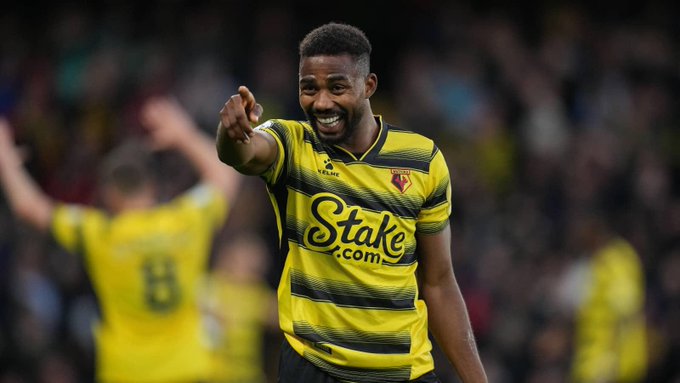 Nottingham Forest has made a £20 million offer to Watford for the services of Super Eagles attacker Emmanuel Dennis.

The 24-year-old Nigerian international has received a bid from Forest, according to TimesSports of the UK, with additional compensation contingent upon performance.

Given that the agreement is almost finalized and might be signed by the weekend, Nottingham Forest is optimistic that it will get the striker.

Dennis, who scored 10 Premier League goals for the Hornets last season, is reportedly willing to be sold after they only spent Club Bruges of Belgium £3.5 million to acquire him at the beginning of the previous campaign.

The Nigerian would join fellow countryman Taiwo Awoniyi at the City Ground if Forest were to complete the move.

This would be their 13th signing in a hectic summer, and the amount would push their spending above £100 million.