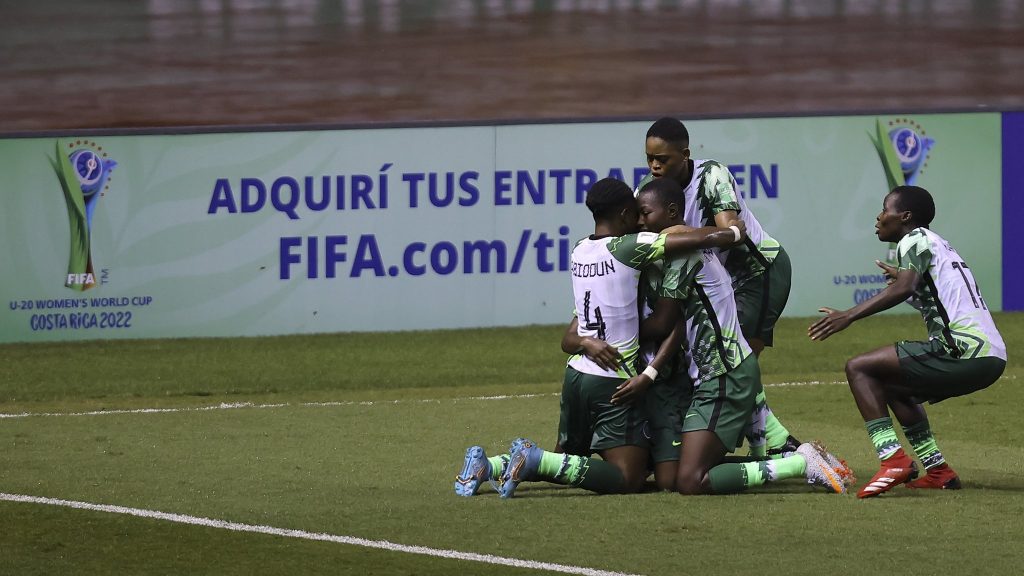 Nigeria’s Falconets defeated France 1-0 in their opening match in Group D to start their campaign at the FIFA U20 Women’s World Cup WWC in Costa Rica.

Flourish Sabastine scored the game’s lone goal late in the second half in the early morning contest on Friday.

The Falconets’ following match is their second Group D match against South Korea on Sunday.

A free kick was given to the Falconets just within the French penalty area, but Marie Petiteau rushed out to save the dangerously swung-in attempt.

The first effort on goal came from France in the 10th minute, but Falconets goalkeeper Omini Oyono made a strong save on captain Laurina Fazer’s attempt.

After the restart, France nearly scored from a risky corner after the Falconets goalkeeper misjudged the ball’s trajectory, but the danger was averted by the defense.

On the 29th minute, France came within inches of scoring again as Traore, a replacement, soared to meet a cross with her header.

After Deborah Abiodun attempted a long-range strike but missed, it was the Falconets’ chance to make a threat.

A goal-mouth scramble in minute 39 may have given the French the lead, but a Falconets player made a timely block, and the rebound was cleared to safety.

Esther Onyenezide attempted a long-range left-foot shot in the 54th minute, but the French goalkeeper made a strong save.

On the 58th minute, Falconets’ Mercy Idoko had a great opportunity, but France’s goalkeeper stopped her.

In the 63rd minute, Oyono, the Falconets’ goalkeeper, was forced into action when she parried a beautiful long-range shot.

With 20 minutes remaining, France attempted a counterattack, but Oyono stepped in to use her leg to block a potentially harmful cross.

After consulting with VAR, France believed they had scored from a corner in the 81st minute, but the goal was disallowed for a foul on the Falconets goalkeeper.

The Falconets seized the lead in the 85th minute thanks to Flourish Sabastine, who capitalized on a through ball from Idoko before putting the ball past the French goalkeeper.