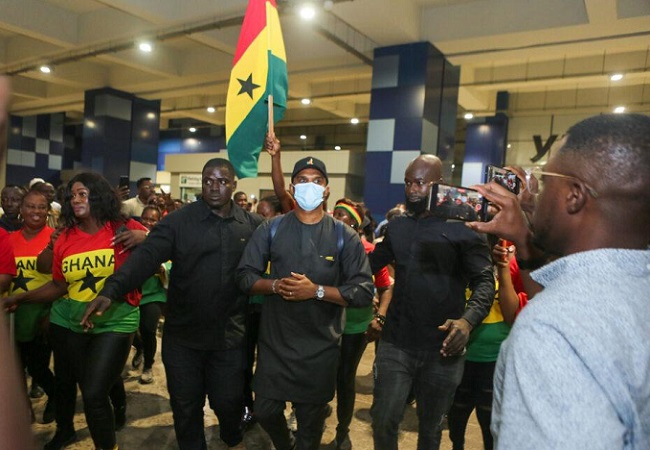 Legendary African footballer, Samuel Eto’o has arrived in Ghana to work on his role as ambassador for the 2022 World Cup.

The former Barcelona forward touched down on Thursday with his entourage ahead of his meetings with stakeholders of football in Ghana.

In a video posted on social media, the FECAFOOT president was given a warm reception as fans sang and chant his name.

The 41-year-old will meet officials of the Ghana Football Association to talk about how the Black Stars can get a good tournament in Qatar.

He is also expected to have an interaction with the Ghanaian media on Friday.

Samuel Eto’o is revered on the continent following a successful playing career, which saw him win several trophies, including two Africa Cup of Nations titles as well as the UEFA Champions League three times.