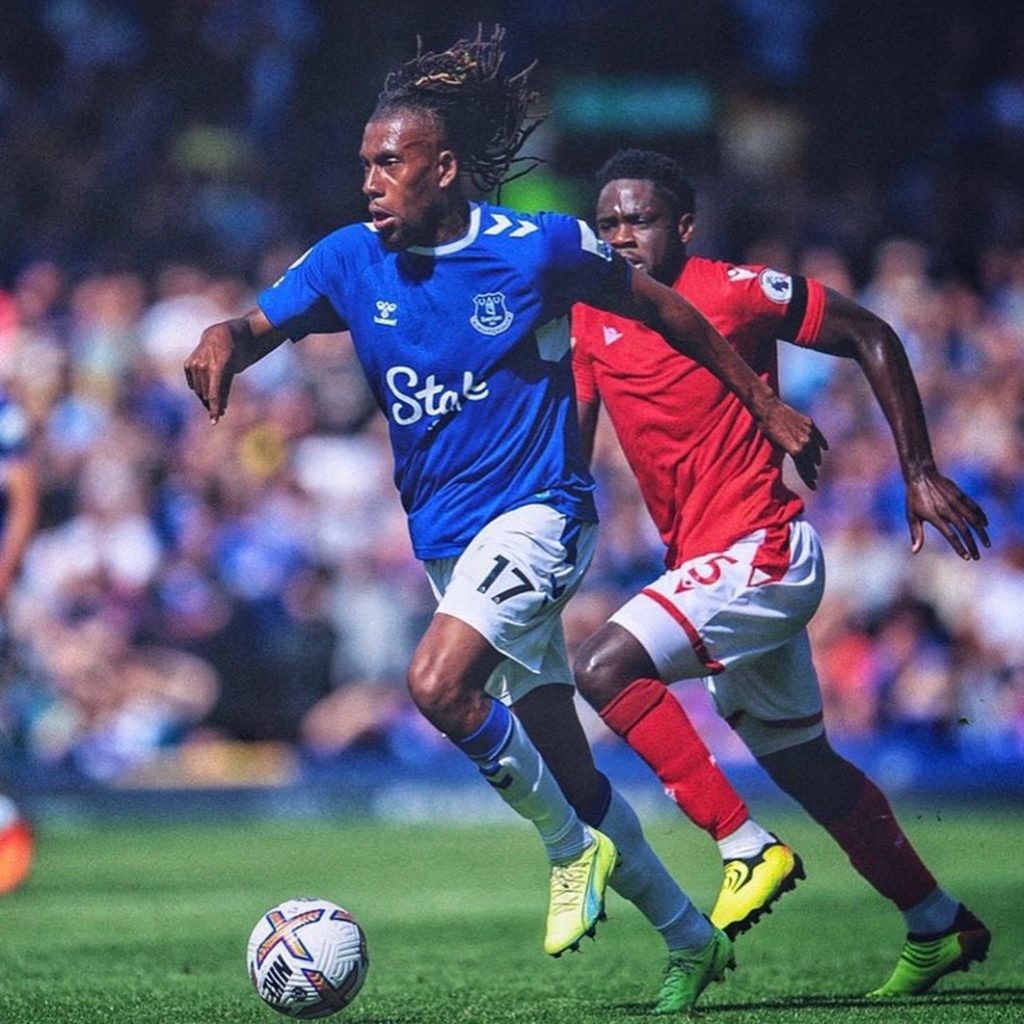 Alex Iwobi is excited to make his 100th appearance for Everton on Saturday as the Toffees continue to search for their first win.

Iwobi was part of Frank Lampard Everton’s side that played a 1-1 draw against newly promoted Nottingham Forest.

The Super Eagles midfielder who joined Everton from Arsenal in the 2019/2020 season was handed a starting place by Lampard.

The former Arsenal player took to Twitter to celebrate his centurion appearance for the Merseyside club.

He wrote: Honoured To Have Made 100 Appearances For The Blues #UpTheToffees

Brennan Johnson looked to have scored a winner for the visitors that would have condemned Everton to a third defeat in their opening three games for the first time in the Premier League.

Not since 1990 have the Toffees endured such a poor start, but winger Gray’s 88th-minute leveller ensured Frank Lampard’s side avoided that unwanted piece of history.

Johnson finished smartly in the 81st minute after Jordan Pickford palmed out Ryan Yates’ effort from range but Forest led for only seven minutes.

Anthony Gordon – who continues to be linked with a move to Chelsea – then had a chance to win it for the hosts but could not lift his effort over goalkeeper Dean Henderson.