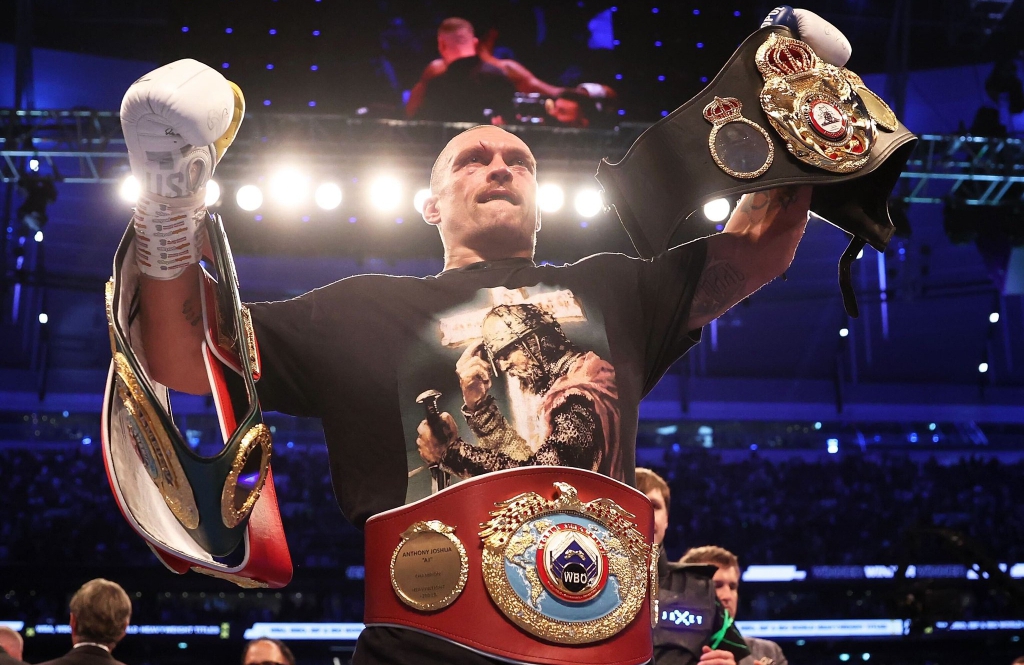 Oleksandr Usyk honored the Ukrainian nation by dedicating his victory over his opponent Anthony Joshua.

After defeating Joshua through split decision at the King Abdullah Sports City Arena in Jeddah, Usyk maintained his unification of the WBO, WBA, and IBF championships.

”I want to thank God for the help that he gave me today because he did give me a lot today, my lord is Jesus Christ.

“I devote this victory to my country, to my family, to my team to the military who are defending my family thank you very, very much.

“This is already history, many generations are going to watch this fight, especially the round where someone tried to beat me hard but I withstood it and turned in a different way.

“Only God knows whether I will or not.

“All of these gentlemen here around me are going to help me. Thanks Lord for helping me.”

The Ukrainian again defeated the Joshua on a split decision by the referees.