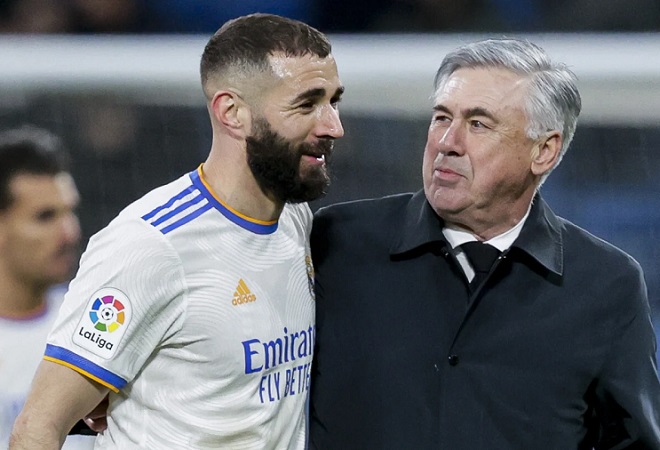 UEFA Champions League Group stage draw was released on Thursday and the defending champions Real Madrid have been paired with the Scottish Champions Celtic in Group F alongside German outfit RB Leipzig and Ukrainian side Shakhtar Donetsk.

Karim Benzema and Real manager Carlo Ancelotti expect a tough test when they face off against the Scottish Champions in the draw.

“Yes, Real Madrid is the biggest name. But there will be no small opponents on the other side of the pitch.” Benzema told Real Madrid TV.

“There are no favourites.

“This group is more complicated than others. But we will concentrate on our job and try to win all our games.” He continued.

Real Madrid boss Carlo Ancelotti echoed his striker’s comments and he looked upon last year’s shock defeat to FC Sheriff as a warning.

“The draw is always the same way. We need to value it and keep our focus.” Said the UEFA men’s coach of the year.

“The easiest game that we had last season, in theory, was against FC Sheriff [Tiraspol]. But we lost it at the Bernabeu.

“So we must prepare well for all the games and try to win them as usual.” Real Madrid manager added.