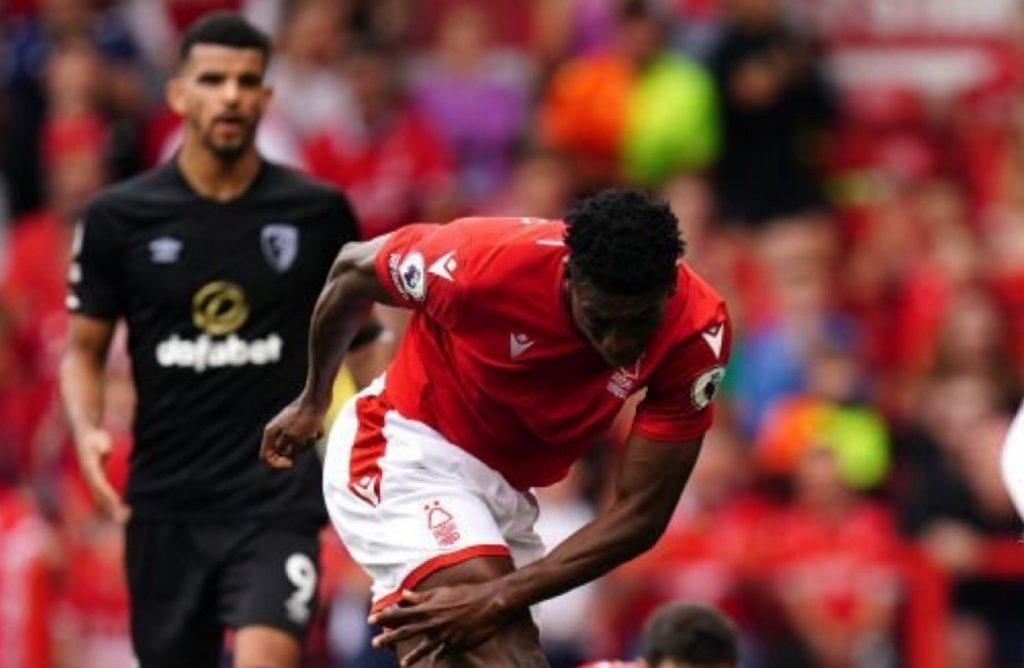 In Saturday’s Premier League match, Nottingham Forest’s Taiwo Awoniyi and Emmanuel Dennis both played, but their team lost 3-2 to struggling Bournemouth after giving up a 2-0 lead.

Awoniyi and Dennis entered the game in the 67th and 85th minutes, respectively, but were unable to help their teams.

Read Also:Iwobi In Action As Everton Share Point With Liverpool In Merseyside Derby

Prior to the game, Bournemouth had lost to Liverpool 9-0 and had not won any of their previous four league contests.

Scott Parker, the manager of Bournemouth who led them to promotion, was fired after the embarrassing loss to Liverpool.

But in the second half, Bournemouth came back and scored three goals through Philip Billing (at 51), Dominic Solanke (at 63), and Jaidon Anthony (87th minute).

Due to the loss, Forest drops to 18th place with just four points, while Bournemouth climbs to 13th place with seven points.

Joe Aribo played for Southampton at the Molineaux, where they fell to Wolverhampton Wanderers 1-0.

In the 73rd minute, with Southampton trying to win the game, Aribo was substituted.

In extra time added to the first half, Daniel Podence scored the lone goal.

On the 62nd minute, Che Adams for Southampton believed he had equalized, but VAR called the goal back.