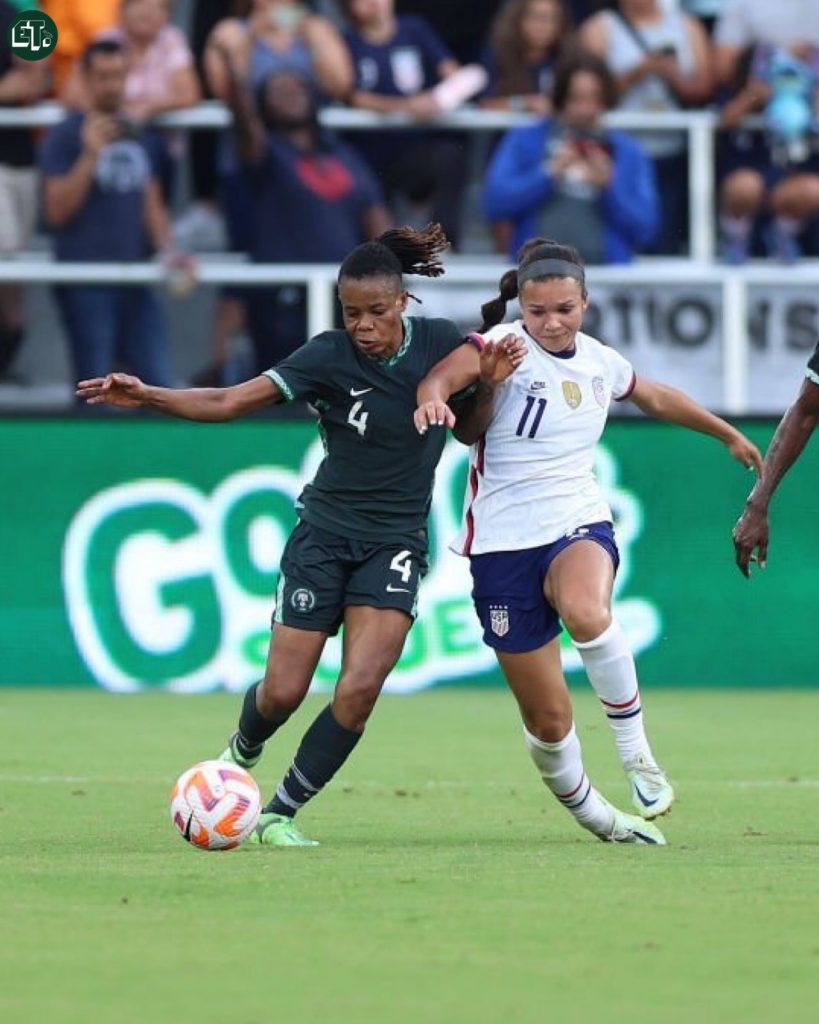 Nigeria Super Falcons ended its 20-year scoreless streak against US Women’s National team despite a 2-1 loss in their second International friendly game.

Although the Super Falcons gave a strong showing on Tuesday night, it was ultimately insufficient.

The Falcons, who were destroyed 4-0 by the US in their first meeting on Saturday, put on a far better performance this time.

The Americans defeated the Falcons in the game that was played at Audi Field in Washington, DC, extending their winning streak over them to eight games.

The last time the Falcons scored against the US was during the women’s football group stage of the Sydney 2000 Olympics, a game that the defending world champions won 3-1.

After containing their hosts in the early part of the game, the Falcons defense was eventually breached in 24 minutes as Blessing Demehin put the ball into her net.

The Falcons fought back and were rewarded as Uchenna Kanu equalized in the 50th minute with a fine strike.

But the Americans went 2-1 ahead through Rosemary Lavelle who headed in a cross from the left off the foot of Megan Rapinoe.

The US and the Falcons will both participate in the FIFA Women’s World Cup in Australia and New Zealand in 2019.

The Falcons will play another friendly this time against former world champions Japan in Kobe on 6th October 2022.