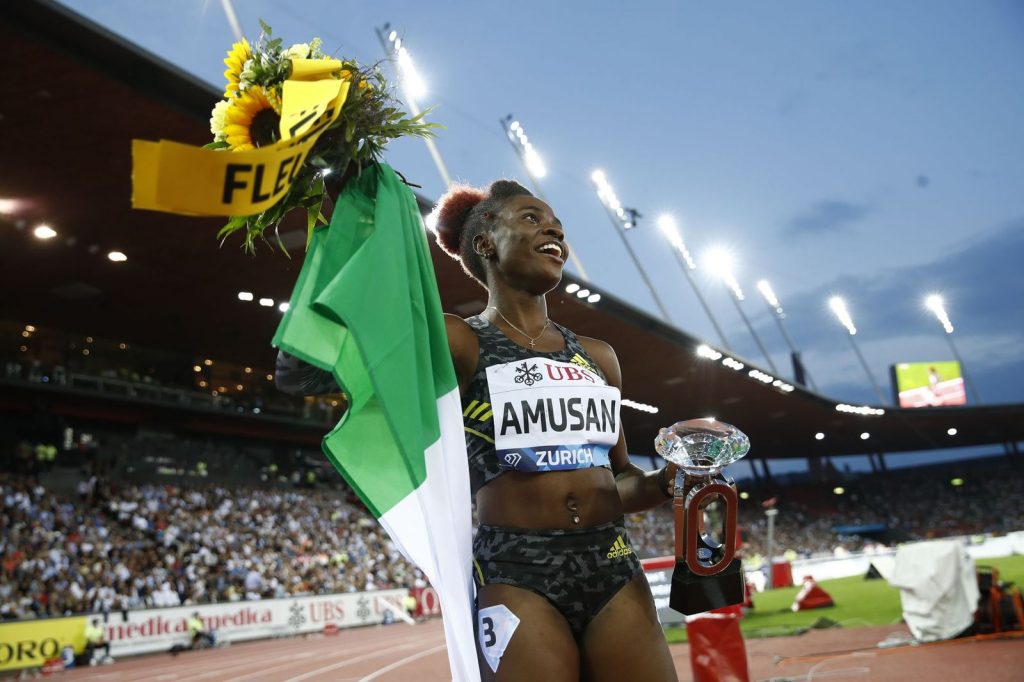 The 25-year-old Nigerian superstar has been in incredible form this year, winning the title at the World Athletics Championships in Oregon, United States of America, in July, and shattering the 100-meter hurdles world record with a time of 12.12 seconds.

In Birmingham in August, she joined the women’s 4x100m team to win gold and set a new African mark, and she also kept her Commonwealth gold medal.

Today in Zurich, Tia Jones of the USA trailed Amusan to the finish line in a time of 12.40 seconds.

Brittany Anderson of Jamaica came in third in 12.42s, and Camacho-Quinn of Puerto Rico, who had previously defeated Amusan in a different Diamond League race two weeks prior, came in fourth in 12.49s.