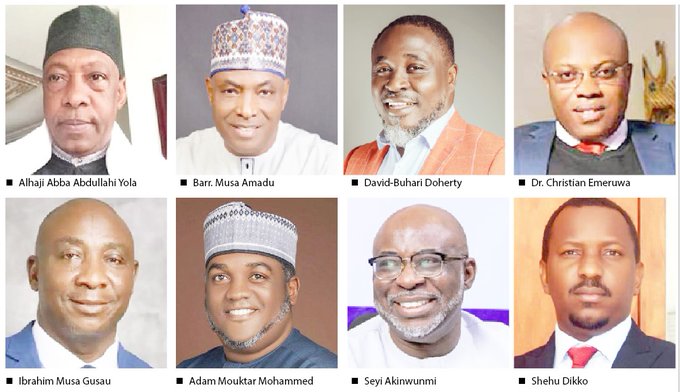 Gusau, Kwande, Amadu, Emeruwa, Akinwunmi, and five others have been permitted to run for president of the Nigeria Football Federation, NFF.

Eleven individuals have been approved by the NFF Electoral Committee to run for NFF President in the Federation’s elections, which are planned for September 30 in Benin.

Alhaji Yusuf Ahmed “Fresh,” a current board member, was the sole one to get the paperwork and receive approval for the Chairman of Chairmen job.

Alhaji Ganiyu Majekodunmi, a current member of the board, is at the top of the list of candidates vying for seats in the South West, followed by Otunba Sunday Dele-Ajayi (Ondo State), Alhaji Olawale Gafar Liameed (Lagos State), Mr. Afolabi Taiwo Olugbenga (Osun State), and Mr. Afolabi Taiwo Olug

Alhaji Babagana Kalli (Borno State), an existing board member, and Barr are the candidates from the North East.

The single candidate from the North West is Alhaji Sharif Rabiu Inuwa (Kano State), who is currently a member of the board, along with Sajo Mohammed (Adamawa State) and Mr. Timothy Henman Magaji (Taraba State).