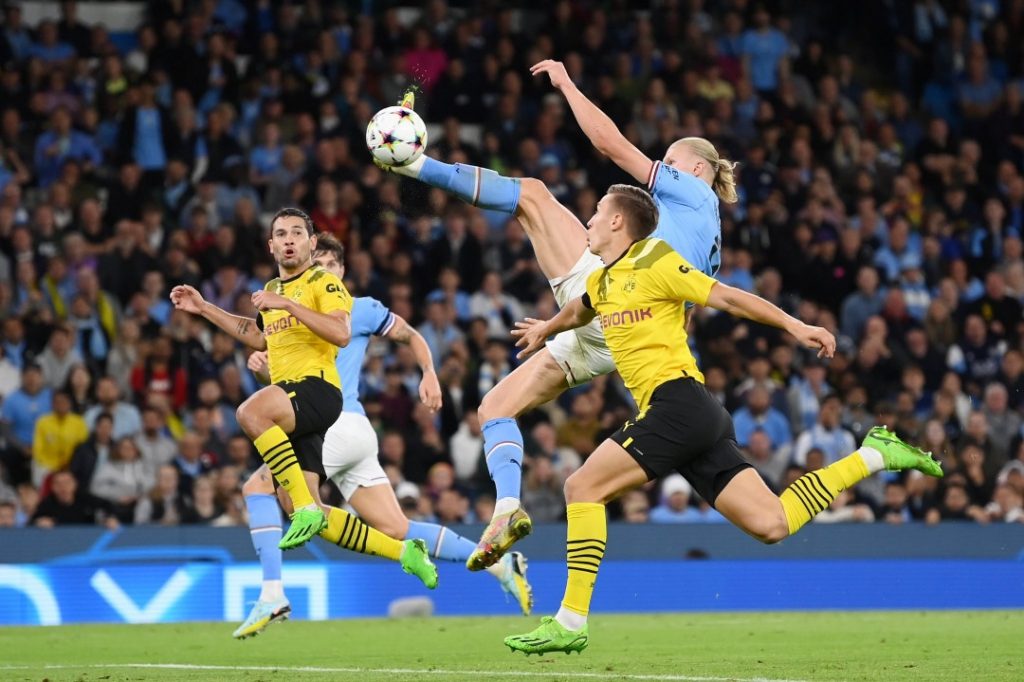 Erling Haaland won it for Manchester City tonight at the Etihad Stadium against his former club Borussia Dortmund (2-1) on Champions league matchday 2.

The Premier League was stunned first by Jude Bellingham’s opener for the away side in the 56th minute.

Borussia Dortmund players were so disciplined in such a way that Cityzens found it difficult before finding the back of the net.

Pep Guardiola’s team waited until the 80th minute for John Stones to net the equalizer from a powerful long-range strike.

Then Erling Haaland scored the winner four minutes later as he converted from a Modric-like Joao Cancelo assist.

City won their second game and remain on top of Group G standings.