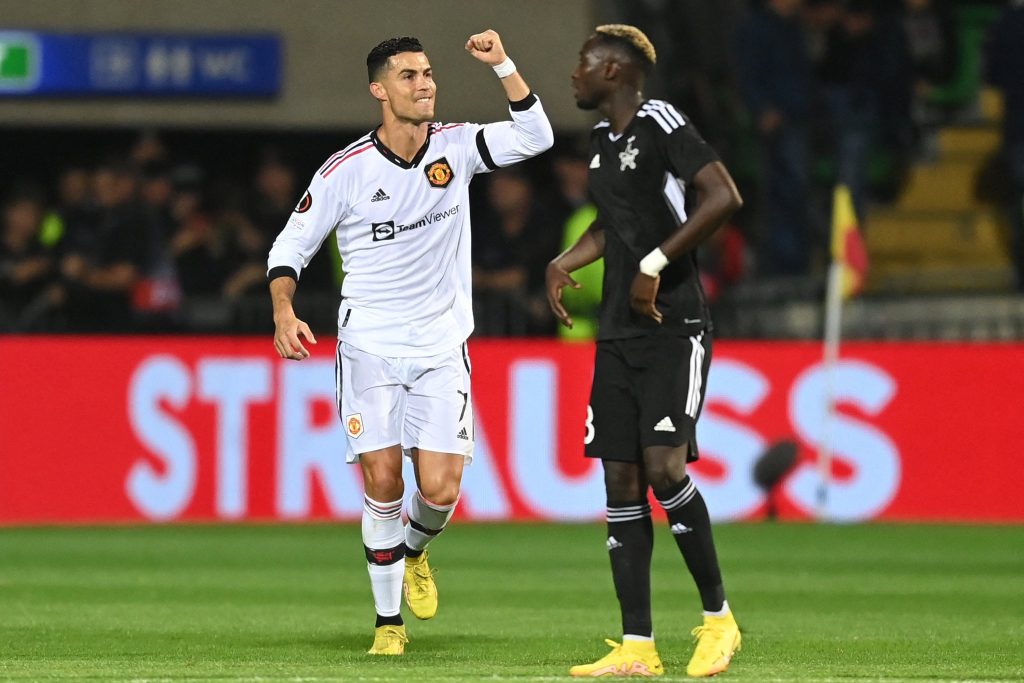 Real Sociedad defeated Erik ten Hag’s team at Old Trafford in their Group E opening, but they bounced back by winning all three points in Moldova.

Jadon Sancho calmly completed a superb team move from Christian Eriksen’s reverse pass to give the Red Devils the lead early in the game.

Sancho, who had been left out of the England team earlier in the day, nearly scored a second goal, but Sheriff captain Stjepan Radeljic expertly blocked his low shot off the line.

However, United did double their lead before halftime thanks to Ronaldo’s penalty, which was given when Patrick Kpozo tripped Diogo Dalot in the penalty area.

Ronaldo missed a chance to make it 700 club goals when he side-footed over from the edge of the area, and Sheriff was unable to force David de Gea into any significant saves at the other end.

In the other match in the group, Real Sociedad defeated Neil Lennon’s Omonia Nicosia 2-1 to make it two wins in a row.