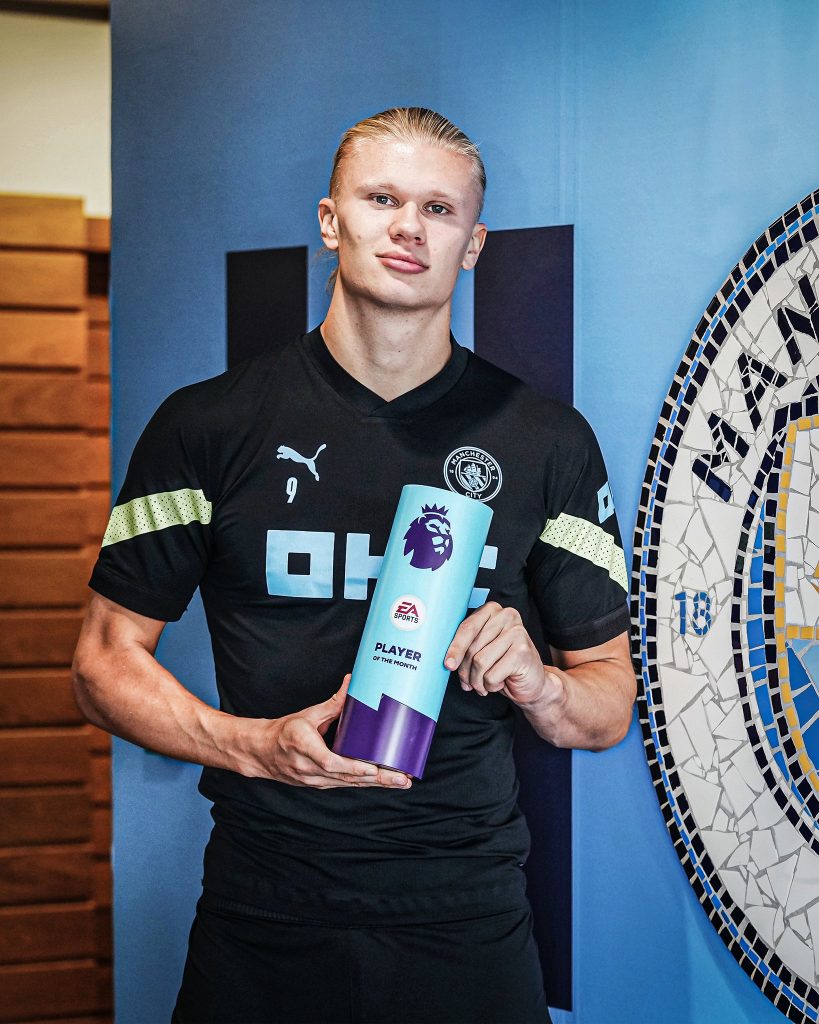 The EA SPORTS Player of the Month for August 2022 is Erling Haaland as announced by the Premier League on Friday.

After a remarkable first month with Manchester City in the Premier League, Haaland receives the honor.

In his other appearance, against AFC Bournemouth, the summer signing assisted a goal. He also scored against West Ham United, Newcastle United, Crystal Palace, and Nottingham Forest.

His nine goals in his first five games broke Sergio Aguero and Mick Quinn’s previous record of eight goals in the competition with the most ever.

The 22-year-old also became just the sixth player in Premier League history to score hat-tricks in back-to-back games, the first since Harry Kane in 2017. He did so against Palace and Forest.