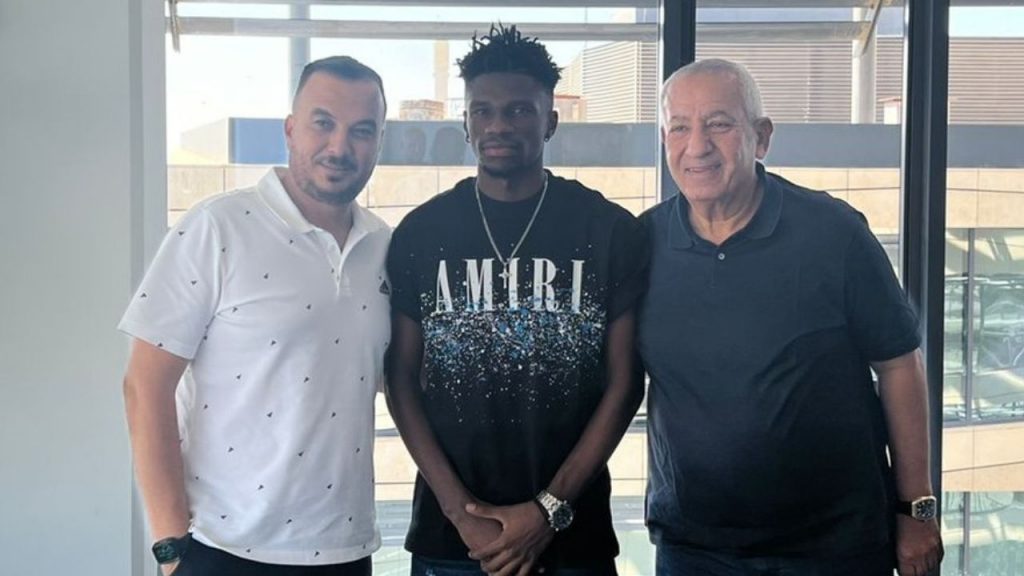 The 21-year old has been on many top clubs radars including La Liga giants Atletico Madrid since his jaw-dropping season with the Porcupine Warriors last season scoring 21 goals.

But Egyptian Premier League side Al Masry are the one who won the race to sign the Cameroonian striker on a three-year deal.

“The Egyptian Club Board of Directors, headed by Professor Kamel Abu Ali, have completed the signing of Cameroonian international striker Frank Mbella Etouga, on a three-season contract, starting from the new season 2022/2023 to the end of the 2024/2025 season”, the wrote announced on social media.

“After receiving player’s leave from Ashanti kotoko after Payment of the value of the deal, Mr. Kamel Abu Ali, the chairman of the Egyptian club and Mr. Yasser Yahya, a member of the board of directors of the club, have recently received the signature of the player, who had arrived in the early hours of this morning in Cairo”.

In addition, Etouga will earn a €25,000 monthly salary with Al Masry while Asante Kotoko which received €400,000 from his move included a clause in his contract which will earn them a 30% of his next transfer fee in case of a future sale.