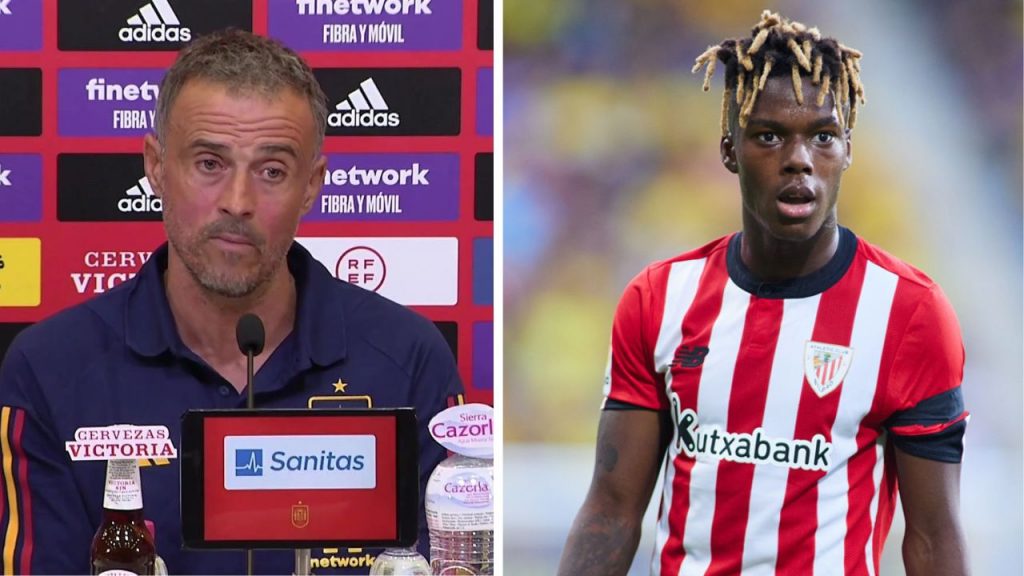 Nico, 20 was expected to switch allegiance for Ghana as his elder brother Inaki Williams did.

However, he received a call-up with Spain as Luis Enrique included him in his squad for September matches.

So far, fans have been criticizing his decision saying it’s a strategy to prevent the Athletic Bilbao youngster from representing Black Stars at international level.

But Luis Enrique rubbished these claims saying Nico Williams has been called-up due to his performances.

“I’m not doing this to stop from him going with Ghana; he’s young and a very interesting player,” Luis Enrique was quoted by MyJoyOnline as saying.

“He’s playing more often with Athletic now. He’s progressing wonderfully. I like him enormously. We’ve had him in the junior squad and have been following him for a long time.

“I reckon the family will be delighted: imagine the party if they both go to the World Cup. And they reach the final, well, that would be the absolute business.”