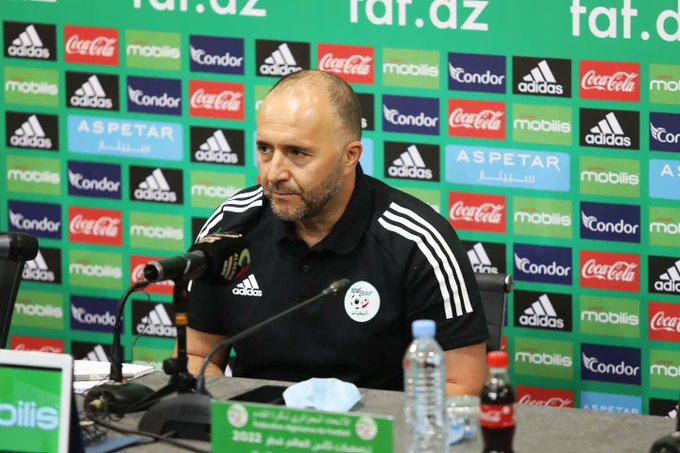 Djamel Belmadi, the head coach of Algeria’s Desert Foxes, claims to have nothing but admiration for the Super Eagles.

In their last three games against the Super Eagles, the North Africans remain undefeated.

The Syli Stars of Guinea were defeated by Belmadi’s team last Friday, 1-0.

Riyad Mahrez, Youcef Belaili, and Aissa Mandi were only mentioned as substitutes, therefore the coach gave some of the younger players a chance to play.

However, the former international for Algeria pledged to produce a more potent lineup against the Super Eagles.

“Nigeria is another game. We will try to get the whole group to play.

“You need automatisms to have a smoother game.

“Opposite, we have a good opposition. It’s not a small team.”