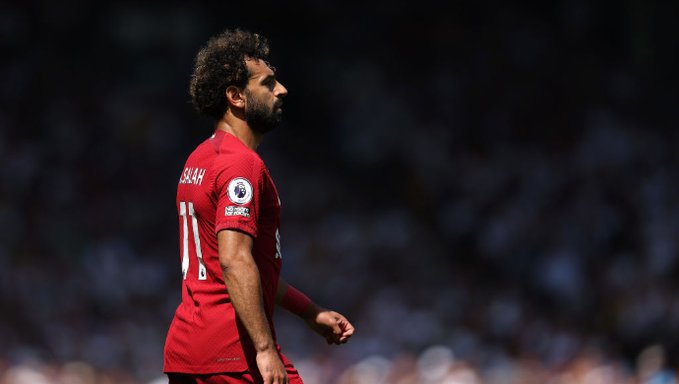 Mohamed Salah goal drought continued as Liverpool was held to a 3-3 draw in a thrilling encounter at Anfield.

Salah and his Liverpool teammates have been finding it difficult to click this season, as the Egyptian again failed to find the back of the net.

Leandro Trossard scored a hat-trick as Brighton drew with Liverpool at Anfield in a fiercely competitive match to celebrate the hiring of new coach Roberto de Zerbi.

After a slow start against the Reds, who were playing their first Premier League match in 28 days following the international break, the Seagulls quickly took a two-goal lead.

After only four minutes, Trossard scored the first goal when he slammed a Danny Welbeck pass into the bottom corner. Thirteen minutes later, he added a second goal in nearly identical fashion, this time of a Solly March assists.

Before halftime, Roberto Firmino drove through and scored, sparking a comeback for Liverpool that was eventually stopped by the visual assistant referee (VAR) for offside.

Nine minutes after the half, Firmino, a Brazilian, equalized when Luis Diaz, a replacement, found him. Firmino coolly misjudged his defender and then calmly fired from close range.

As a hungry Liverpool kept pressing forward, a third goal was eventually added as Adam Webster turned into his own net while under pressure from Firmino.

The match ball and a point for his team were secured late on by Trossard’s late scoop in at the back post.

Due to the tie, Brighton is still in fourth place while Liverpool is in ninth place, 11 points behind leader Arsenal but still with a game remaining.