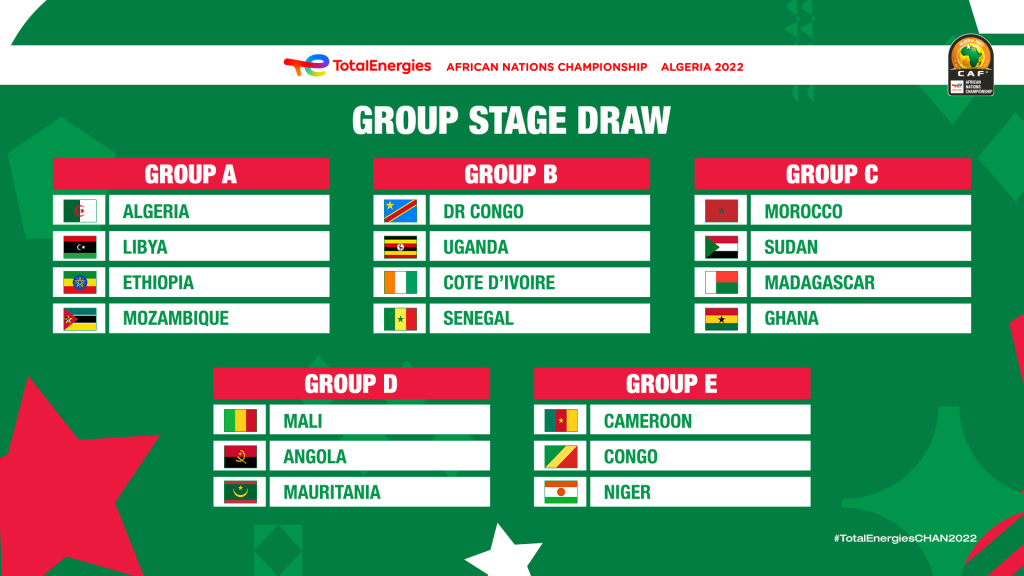 The draws for the 2022 Africa Nations Cup Championship, CHAN has been held in Algeria.

In the first match of the CHAN tournament in Algiers in 2022, host Algeria will play Libya.

From January 13 until February 4 2023, 18 teams will compete for the tournament’s overall victory.

For the first time, there are 18 teams competing in the event instead of the usual 16 teams.

current champions In Group C, Morocco’s title defense will get underway against Sudan.

In the same group, the Atlas Lions will compete against the Black Galaxies of Ghana and Madagascar.

The odds-on favorite to emerge from the group are Morocco.

After missing the previous three editions, Ghana is back in the competition. By defeating Nigeria on penalties, the Black Galaxies were able to advance to the competition.

In the first Group C match, Ghana—which will be based in Constantine—will play Madagascar.

Dr. Congo will compete in Group B against Senegal, Cote D’Ivoire, and Uganda.

Check out the draw below: