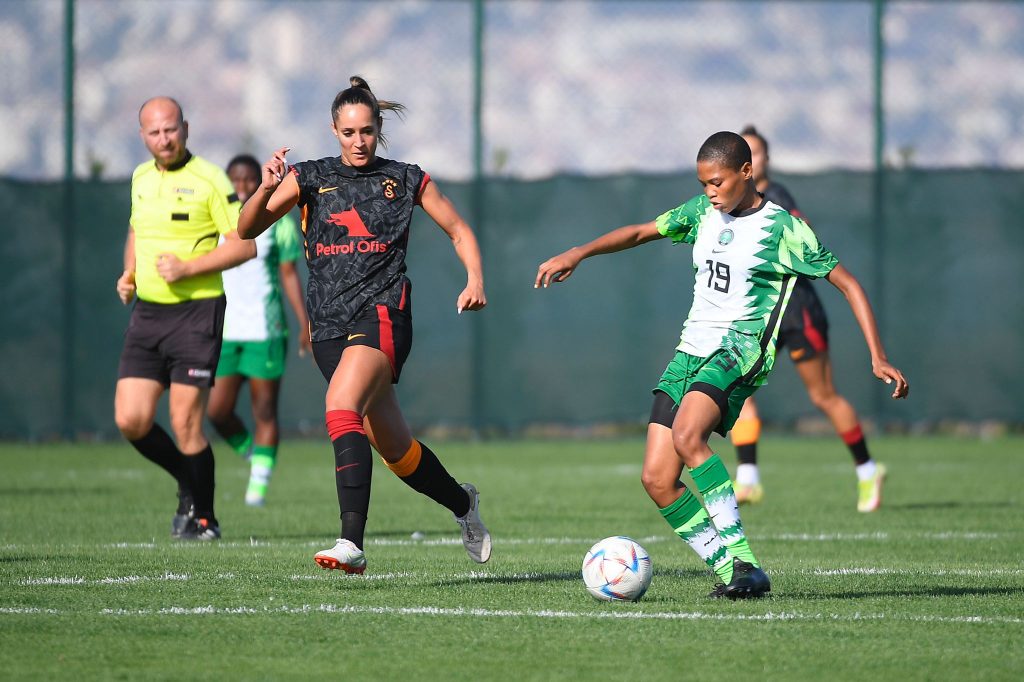 In a friendly game on Saturday in the Turkish town of Kocaeli, Nigeria’s U17 girls, the Flamingos, defeated Galatasary Women, the top women’s club in the country, 3-1.

In the 26th minute of the game, Opeyemi Ajakaye scored Nigeria’s first goal. This was the Flamingos’ first significant match since arriving in Turkey on Tuesday for a 10-day training camp leading up to this year’s FIFA U17 Women’s World Cup finals in India.

Eight minutes later, Edidiong Etim scored again, but Galatasaray’s Ebru Topliv cut the deficit to one goal with one minute remaining in the half, ensuring that Nigeria’s ladies were victorious by a score of 2-1.

In the 77th minute, Etim added her second and the Flamingos’ third goal to reward Nigeria for their dominance.

The girls’ competitive spirit throughout the game was complimented by coach Bankole Olowookere, who is optimistic that this will help the team’s performance at the FIFA World Cup finals.

When the Flamingos play Germany in their opening match of the season on Tuesday, October 11th in Goa, they will be taking on one of the hardest nuts to crack.