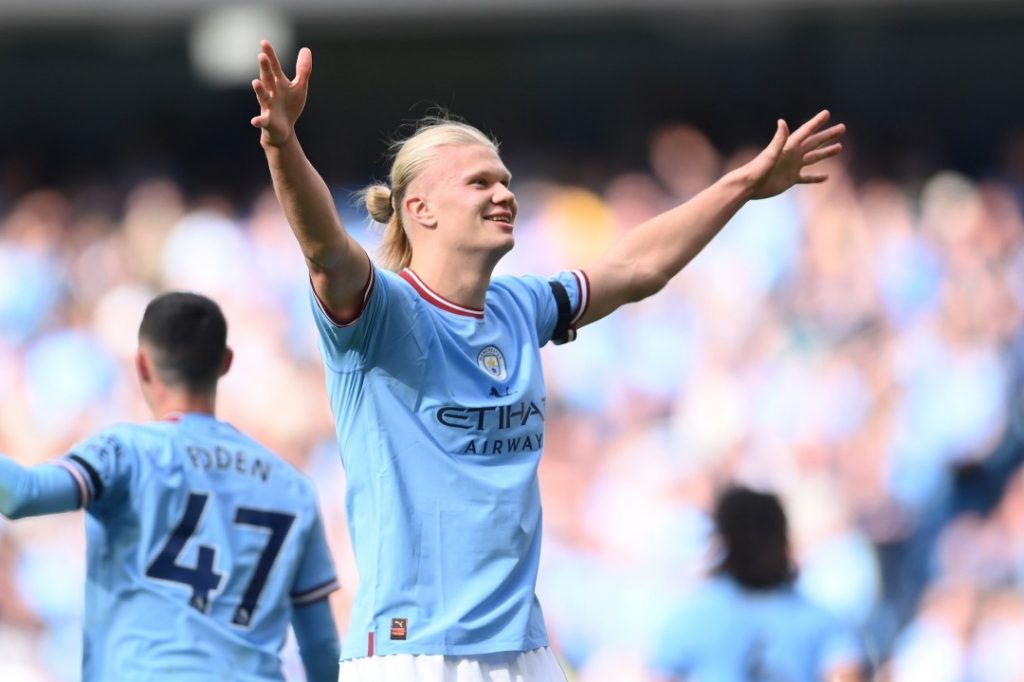 Manchester is blue after City humiliated United 6-3 in the derby at the Etihad Stadium on Sunday afternoon on Premier League’s matchday 8.

The first-half was a one-sided display from Pep Guardiola’s team with Bernardo Silva assisting Phil Foden for the first goal inside 8 minutes.

Erling Haaland doubled the lead for the Sky Blues in the 34th minute and netted his brace three minutes later (37th).

Before going to the dressing room, Phil Foden added another goal one minute before the half-time to help City taking a 4-0 advantage at the break.

Manchester United was far better in the second half and managed to reduce the scoring thanks to Antony from a long-range strike as he converted a lovely Christian Eriksen assist.

But Erling Haaland will quickly shut them up by scoring his hat-trick in the 67th minute before assisting for the second time in the game Phil Foden who made it 6-1 for the Cityzens.

Second half substitute Anthony Martial netted a late brace in the 84th minute and a penalty in the additional time (90+1) but it was enough as United lost 6-3.