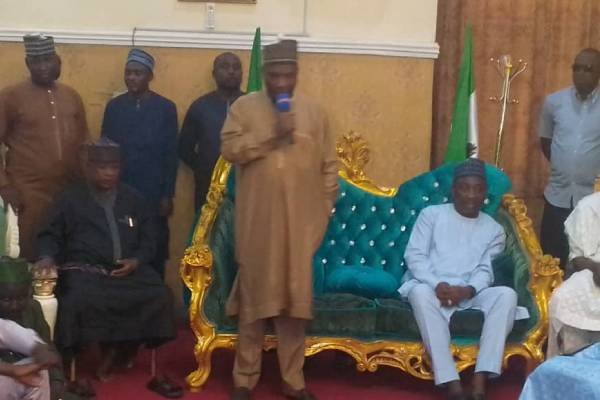 Alhaji Ibrahim Musa Gusau, the new president of the Nigerian Football Federation NFF, has pledged to lead an inclusive administration in which all stakeholders will be welcome to offer comments and recommendations on how to handle difficult and straightforward problems.

Gusau who was declared winner in last Saturday’s NFF election which will see him take over from Amaju Pinnick, also noted that it was imperative to resuscitate the Nigeria Professional Football League.

“Administration at every level, that of football inclusive, requires the wisdom to be able to listen to everyone who has an idea and then pick the very best to deal with each situation at hand.

“Those of us in the Executive Committee are only privileged to be representing the entire fraternity.

“We will run an inclusive administration in which ideas and advice will be welcome from all quarters, and will be guided in our resolutions.

“It is very important to resuscitate the League and engender a massive football economy from which every stakeholder can benefit and also be happy to contribute to its growth.”

Ibrahim Musa Gusau, a former head of the Zamfara State Sports Commission, was a member of the CAF organizing committee for the U17, U20, and U23 youth championships.

He also sat on the committee for the African Nations Championship.

He serves as the Confederation of African Football’s Safety and Security Officer.

After serving two terms under the Amaju Melvin Pinnick administration as Chairman of Chairmen and Member of the NFF Executive Committee, Gusau says he is determined to put a lot of effort into the welfare of the players and officials of the various National Teams in order to inspire and encourage them for podium finishes at international competitions to the glory of the nation.

“It is important to prioritize grassroots football and youth development, and that we will take to heart.

“It is also important to win trophies, and both can go side-by-side.

“Winning trophies is good for our country’s image in the international sphere and also helps to motivate the upcoming stars at the grassroots level.”

The new NFF Executive Committee will hold its first meeting in Abuja in a few days.