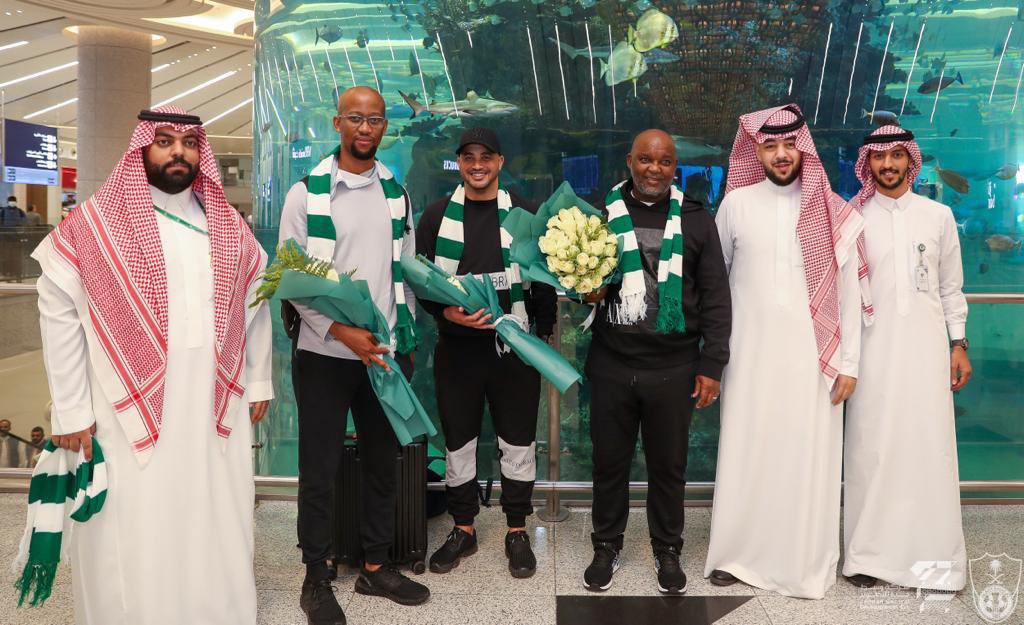 South African manager Pitso Mosimane has landed in Jeddah, Saudi Arabia earlier on Monday as he is set to start his new job with Al Ahli, one of Asia’s biggest clubs.

From Al Ahly to Al Ahli, Mosimane will coach another Arabic team and he gained undoubtedly a lot of experience in Egypt which will help him with this new chalenge.

The 58-year old arrived in Jeddah on Monday and was welcomed by the club’s hierarchy at the airport.

Al Ahli Jeddah are having a difficult start to the new season in the Saudi Division 1 League.

The Greens are currently 7th on the table with just 8 points out of 5 games as they drew two, won two and lost one.

Pitso Mosimane will have to relaunch the winning machine with his team knowing his main goal is to bring back the club to the Saudi Pro League.