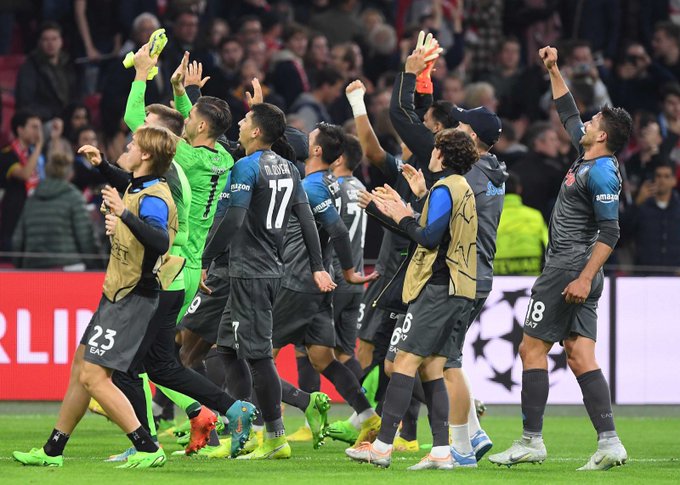 Napoli continued their incredible start to the season by thrashing Ajax in the UEFA Champions League UCL after coming from behind.

The Dutch team took an early lead thanks to a goal from Mohammed Kudus, but Giacomo Raspadori quickly equalized, Giovanni di Lorenzo gave Napoli the lead, and Piotr Zielinski made it 3-1 just before halftime.

Khvicha Kvaratskhelia scored after Raspadori curled in his second.

Dusan Tadic of Ajax was dismissed before Giovanni Simeone scored the sixth goal.

Napoli is unbeaten in all competitions this season after undergoing a roster restructure in the summer that saw new players replace several veterans.

The team led by Luciano Spalletti is currently three points ahead of Liverpool, who defeated Rangers 2-0, and is atop both Serie A and Group A of the Champions League.

They have scored 13 goals in three victories.

This was Ajax’s worst defeat in Europe, their worst loss overall since 1964, and their joint worst home loss.