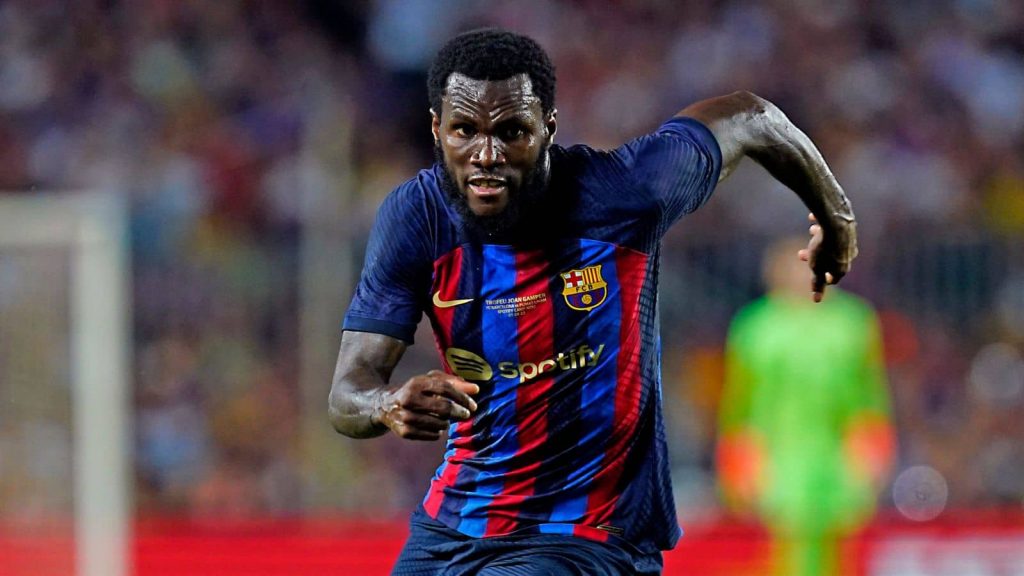 La Liga side FC Barcelona announced that Franck Yannick Kessie will be out for few days as the Ivory Coast midfielder contracted an injury during his cameo appearance against Inter Milan on Tuesday night.

The 25-year old only came on the pitch for the Spanish side in the 82nd minute against Inter.

The former AC Milan was not given enough time to show what he is able to do against his former club’s rivals.

But he picked up an injury with FC Barcelona announcing it on Wednesday while preparing for La Liga match against Celta Vigo at the Nou Camp on Saturday.

“The first team player Franck Kessie has a strained adductor muscle in his right thigh. He is ruled out and his recovery will dictate his return”, the Catalonian side wrote on Twitter.

In addition, reports claim Kessie will be out for 7 to 10 days he could be fit or out for the Clasico against Real Madrid on October 16.