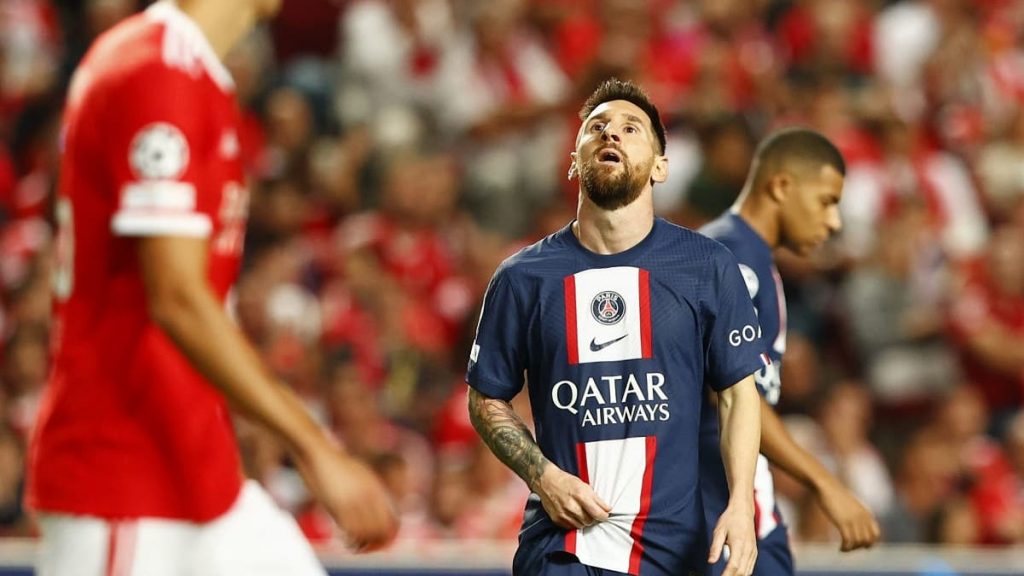 PSG grabbed only a point from their travel in Lisbon where they took on Benfica on UEFA Champions League matchday 3 as Lionel Messi’s goal was equalized before the break.

The French side dominated unsurprisingly the game from the very first start.

With their three fantastic Messi, Neymar and Mbappé, the Parisians took control of the game and will be rewarded inside 22 minutes.

However, Christophe Galtier’s men will fail to protect this advantage until the half-time as they conceded the equalizer.

Portuguese midfielder Danilo Pereira was unlucky on a cross which he converted to a goal for Benfica.

The scoreline did not change until the end of the game and both teams have 7 points each and will face off next Tuesday in Paris, France.