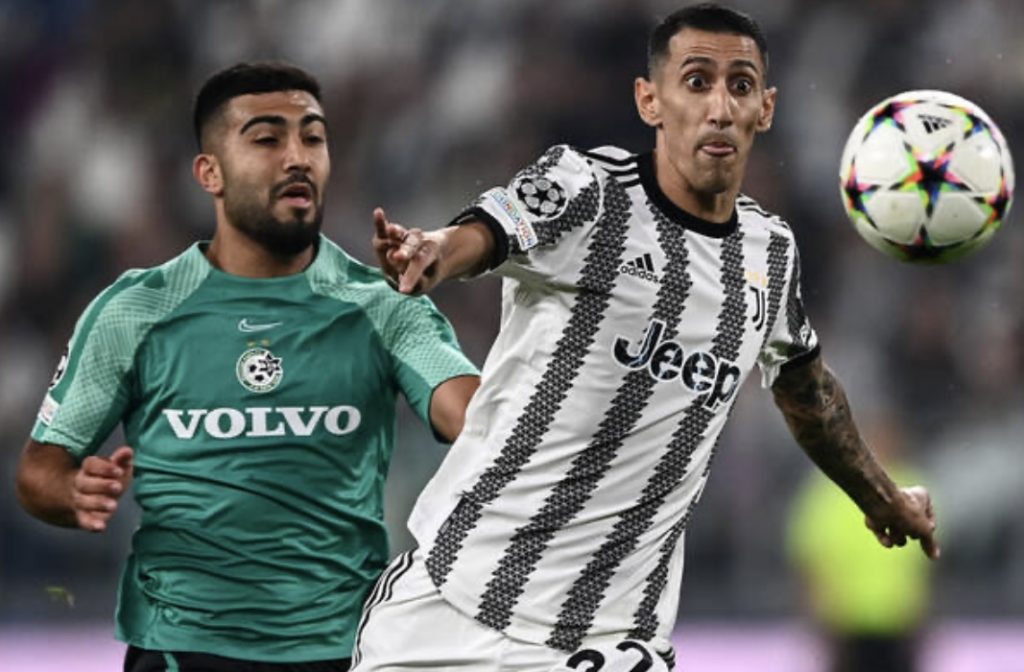 With a stirring performance against Maccabi Haifa, Juventus grabbed their first Champions League victory of the year.

He provided the assistance for Adrien Rabiot’s double and Dusan Vlahovic’s goal, which gave Juve their first points.

Juve, though, faces a challenge to get through the round of 16, as they are four points behind PSG and Benfica in Group H.

When Din David pulled it back to 2-1, Israel’s Haifa frightened the nervous home crowd and also hit the post twice.

Juve fans were disillusioned by their team’s dismal performance, which has put manager Max Allegri under fire, and there were less than 29,000 spectators at the Turin Allianz Stadium.

The atmosphere did not improve in the 12th minute as Vlahovic missed two excellent opportunities to score his sixth goal of the year in a matter of seconds. Josh Cohen successfully stopped a low shot of his before he misfired on a straightforward finish.

However, experienced Argentine Di Maria gave his team a boost in the 35th minute with a deft ball to Rabiot, who hammered into the goal.

Four minutes after the break, a former PSG player split the Maccabi defense to free Vlahovic, who this time finished coolly.

David, one of several athletes who were fasting for Yom Kippur, caused some tension when he skipped Wojciech Szczesny and rolled home.

But Di Maria once more delivered for Juve, swinging into a tight corner where Rabiot flicked the ball home.