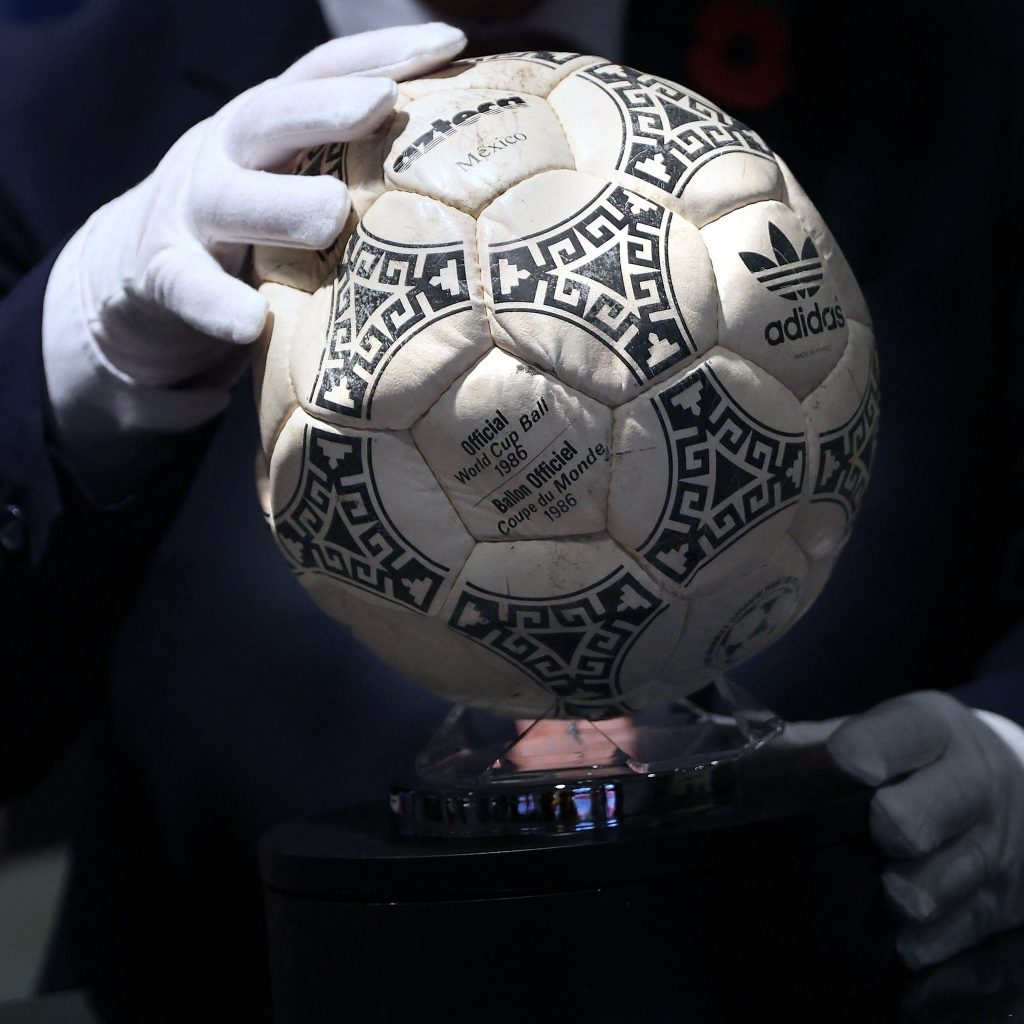 The white Adidas “Azteca” ball, which belonged to Tunisian match official Ali Bin Nasser, was expected to sell for up to £3 million ($3.6 million) at Graham Budd Auctions in the UK.

It happens six months after the shirt that Diego Maradona wore in the historic quarterfinal in Mexico City sold at auction for over $9.3 million, more than twice what Sotheby’s had estimated it would fetch.

Read Also:Maradona ‘Hand Of God Ball’ To Be Auctioned For £2.5 million and £3 million

The 1986 match between Argentina and England featured the auctioned ball for the entire 90 minutes because it took place before the multi-ball system in football was implemented. It was inspired by the Aztec civilization’s architecture and murals.

Political tensions following the Falklands War in 1982 contributed to the tense build-up of the match, which was ultimately defined by two contrasting goals scored by the late Maradona, who passed away at the age of 60 from heart failure in November 2020.

Maradona sprinted into the box for the opening goal, climbed up with England goalkeeper Peter Shilton, and slammed the ball home.

A 2002 FIFA survey deemed Maradona’s second goal the “Goal of the Century” when he outran five English players and Shilton just four minutes after the first.

Prior to the sale, Bin Nasser stated that he believed it was the appropriate moment to share the object with the world and expressed the hope that the buyer—who has not been identified—would put it on exhibit for the general public.

The 2022 World Cup, which begins on Sunday, will feature the shirt that was auctioned off in May.

“I couldn’t see the incident clearly.

“The two players, Shilton and Maradona, were facing me from behind.

“As per FIFA’s instructions issued before the tournament I looked to my linesman for confirmation of the validity of the goal — he made his way back to the halfway line indicating he was satisfied that the goal should stand.

“At the end of the match the England head coach Bobby Robson said to me: ‘You did a good job, but the linesman was irresponsible’.”