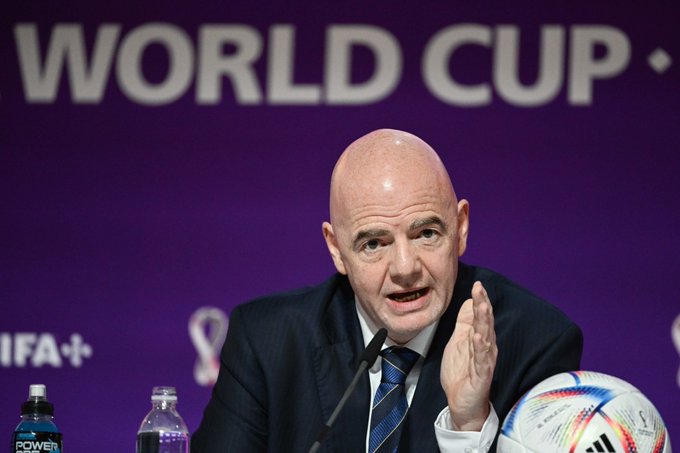 On the eve of the Qatar 2022 World Cup, Gianni Infantino, the president of FIFA, made an unprecedented statement in which he accused the west of moral hypocrisy.

Before Sunday’s first game in Doha, during a 45-minute Q&A session with the media, Infantino gave a long monologue in which he vehemently defended Qatar’s policy on migrant labor and called those who claimed there were “paid fake fans” in Qatar racist.

The oppression of LGBTQ+ individuals and the deaths of migrant workers have dominated the World Cup’s build-up, but Infantino claimed that the opponents were in no position “to deliver moral lessons to people.”

Infantino said: “Today I have strong feelings. Today I feel Qatari, I feel Arab, I feel African, I feel gay, I feel disabled, I feel a migrant worker.

“Of course I am not Qatari, I am not an Arab, I am not African, I am not gay, I am not disabled. But I feel like it, because I know what it means to be discriminated, to be bullied, as a foreigner in a foreign country.

“As a child I was bullied – because I had red hair and freckles, plus I was Italian so imagine. I went in my room and I cried.

“I feel for the FIFA and Supreme Committee staff.

“They want to deliver here. I am proud to have this FIFA sign on my jacket. It will be the best World Cup ever. Qatar is ready.

“Hundreds of thousands women and men from developing countries who’d like to offer their services abroad in order to help and give a future to their families back home.

“Qatar is actually offering them this opportunity. They come here, earn 10 times more than what they earn in their home country.

“For what we Europeans have been doing around the world in the last 3,000 years we should be apologising for the next 3,000 years before starting to give moral lessons to people.

“How many of these European or Western business companies who earn millions from Qatar, billions, how many of them have addressed migrant workers’ rights with the authorities?

“None of them, because if you change the legislation it means less profit. But we did, and FIFA generates much less than any of these companies from Qatar.”

In addition, Infantino addressed rumors that World Cup supporters were getting paid to back various teams.

“The world is divided enough, we are organising a World Cup, not a war,” he said

“We organise a World Cup where people who have many problems want to come and enjoy. Look at the city, it’s beautiful. People are happy to celebrate.

“They were happy when the teams come and they go to see them, and what do I read?

” These people don’t look English, they shouldn’t cheer for England because they look like Indians. What is that?

“Can somebody who looks like an Indian not cheer for England, Spain or Germany?

” You know what this is. This is racism, this is pure racism.

“We have to stop that because everyone in the world has the right to cheers for who they want.”