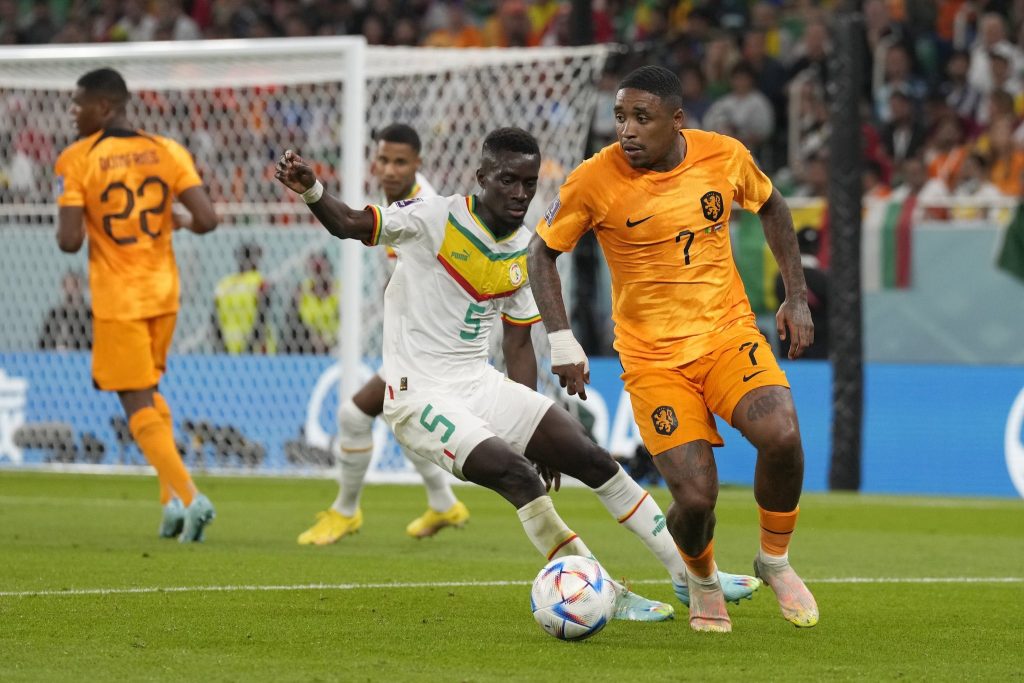 Africa Champions, Senegal kicked off their 2022 FIFA World Cup on a poor note to the Netherlands who scored two late goals from in the opening game.

Frenkie de Jong chipped the ball into the box, and PSV Eindhoven forward Cody Gakpo sprinted to the ball before Chelsea goalkeeper Edouard Mendy to give the Dutch the lead with six minutes left.

After Memphis Depay’s strike rebounded, substitute Davy Klaassen pounced to add a second in stoppage time to seal the victory.

The Dutch supporters at the other end of the Al Thumama Stadium leapt to their feet as Gakpo spun away in jubilation in front of the Senegal fans behind the goal.

Before Klaassen ensured it in the ninth and final minute of injury time, they were already screaming the name of their side because they knew victory was imminent.

Before that, Senegal, who had made threats throughout the game, nearly tied it when Papa Gueye blasted a shot into the bottom left corner, but Dutch goalkeeper Andries Noppert stopped it with his fingertips.

Long stretches of the game hinted at a goal, but neither side was merciless.

Louis van Gaal, the manager of the Netherlands, even jeopardized Depay’s health by substituting him in the second half of the game.

The gamble paid off as the Netherlands earned three crucial points in a match that many observers predict will determine Group A’s champion.

With Ecuador’s 2-0 victory over the hosts Qatar on Sunday night, they are currently tied for first place in the group.

Senegal appeared to be a team lacking their primary attacking threat while Sadio Mane was out injured during the competition, but they can take heart from how frequently they troubled the Dutch defense.