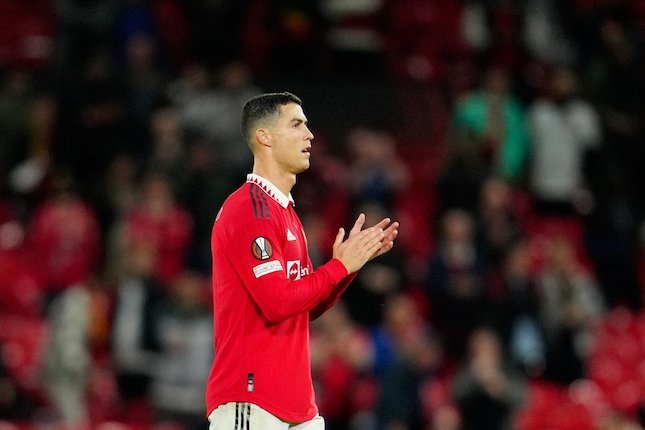 Manchester United have just announced the departure of Cristiano Ronaldo with immediate effect as a consequence of his explosive interview with Piers Morgan.

During his interview on Talk TV, the 37-year old criticized the club’s way of doing things;

Ronaldo revealed that nothing changed among the club’s facilities since he left Old Trafford in 2009.

Furthermore, he said that the Galzers Family doesn’t care about the sportive project and only focused on marketing.

Finally, Cristiano Ronaldo slams Erik ten Hag, saying he has no respect for the Red Devils boss as the latter did not show him the same.

Few days ago, Manchester United reacted in a statement saying the club will take action in due time.

And the news are not out as the Manchester side announced Cristiano Ronaldo’s departure.

“Cristiano Ronaldo is to leave Manchester United by mutual agreement, with immediate effect”, a statement on the club’s website reads.

“The club thanks him for his immense contribution across two spells at Old Trafford, scoring 145 goals in 346 appearances, and wishes him and his family well for the future.

“Everyone at Manchester United remains focused on continuing the team’s progress under Erik ten Hag and working together to deliver success on the pitch.”