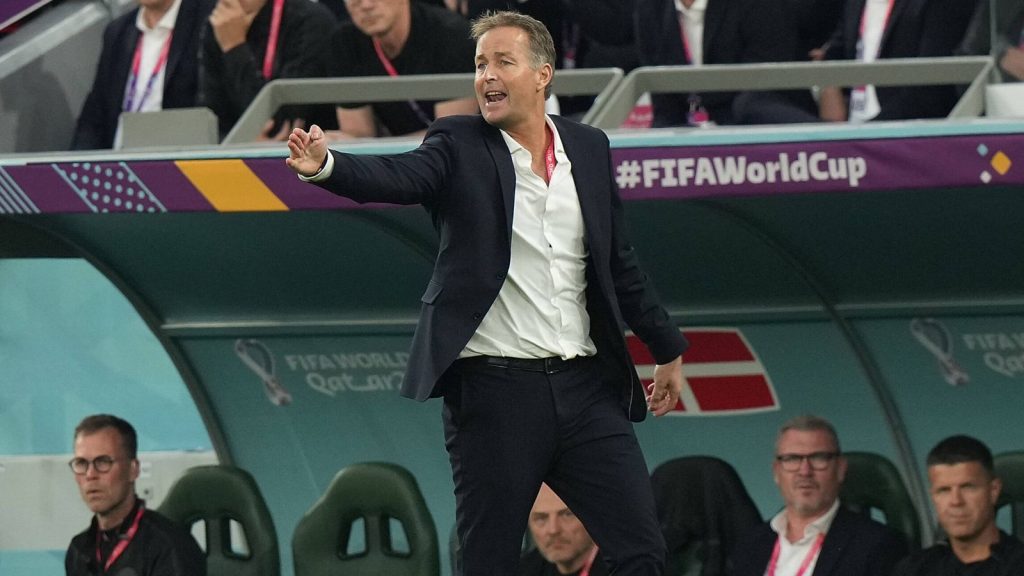 Kasper Hjulmand, the coach of Denmark, expressed frustration following his team’s goalless draw with Tunisia in World Cup Group D on Tuesday as well as the controversy surrounding the captain’s “OneLove” armband.

Denmark’s attacking players were denied space by Tunisia’s well-organized rearguard, with Andreas Cornelius’ header off the post being their closest opportunity to score.

“Obviously, we are not satisfied with this, particularly with a big part of the first half and the way we started, but it can be okay if you score at the end of the match,” Hjulmand told reporters.

“You put on the pressure that you want and try to score, but unfortunately we did not … it’s not a matter of the system, it’s more our ability to hold on to the ball.

“We play too slowly, and at times that was the problem.”

The team wanted to wear the “OneLove” armband to draw attention to diversity concerns surrounding the World Cup, but after receiving unspecified “threats that influence the sporting aspect,” they opted against it, according to Hjulmand.

“This has not been designed for the World Cup – standing up for diversity, for every shade of people, that cannot and must not be a political statement. It isn’t,” he added.

“I love the diversity, I love all countries, I love different people.

“But I think it’s important to change direction and hopefully a lot of young progressive people will enter a lot of governing bodies and make sure that we thrive and do something great,” he said.

On Saturday, the Danes play the world champions France, a team they twice defeated in the most recent Nations League season.

“We definitely had an aim of winning this one because we know of course a result in this game could have helped us, and now it could be complicated,” Hjulmand said.

“But it’s not over and we are still in it, it’s one point each and now we have two very great games, and we’re looking forward to France.”