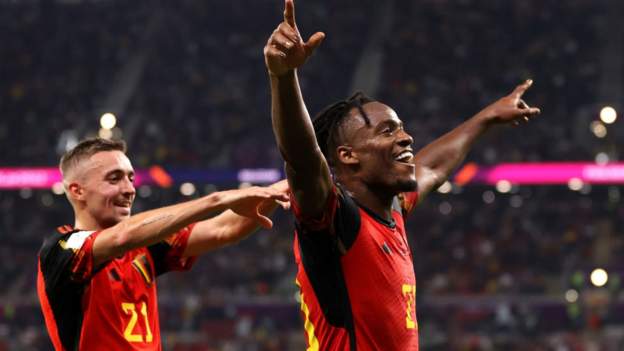 Former Chelsea star Michy Batshuayi netted the only goal which claimed all three points for Belgium in their 2022 World Cup 2022 opener on Wednesday night.

The Canadians were the one granted the opportunity to open the scoring as they were awarded a penalty inside 10 minutes.

The great chance to take the advantage missed by Canada gave Belgium more power to look for their own goal scoring chances.

And the good one came in the 44th minutes when Michy netted the only goal of the game on a lovely Toby Alderweireld assist.

The former Chelsea won the match for his country which now go on top of Group F ahead of Croatia and Morocco.