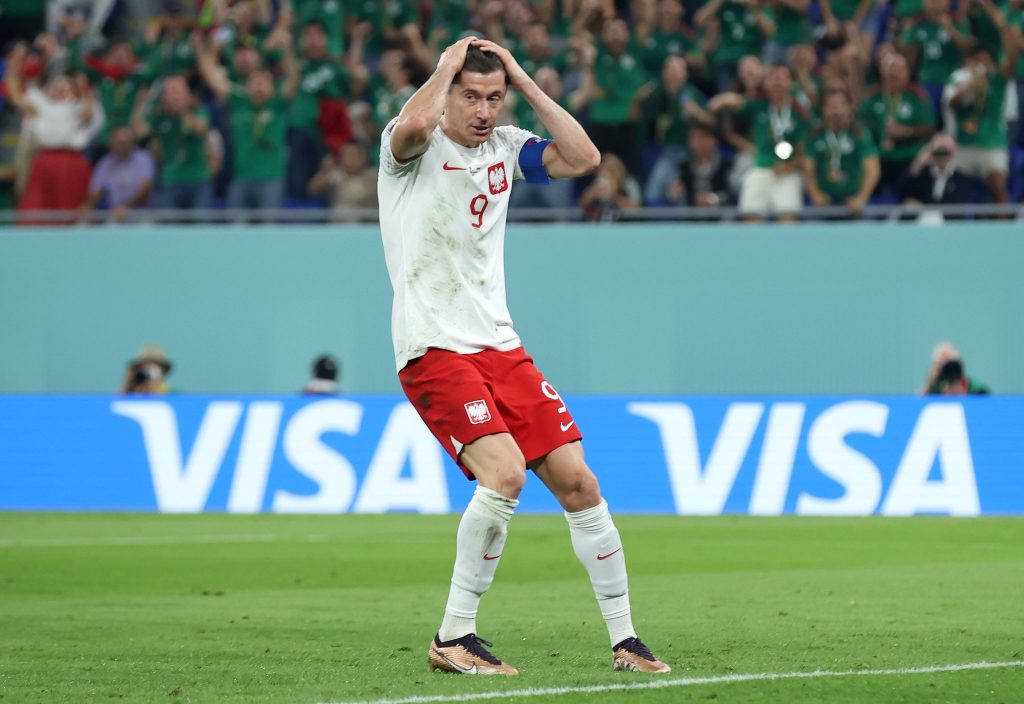 Mexico and Poland finished the match scoreless but entertaining.

After a VAR review 11 minutes into the second half, Lewandowski was penalized for tugging on Hector Moreno’s jersey within the penalty area.

The Polish striker, who has yet to score in a World Cup, though, saw Guillermo Ochoa block his attempt.

A sea of green-clad Mexico supporters outnumbered their Polish counterparts in the temporary arena, which was constructed using 974 repurposed shipping containers and overlooks the Arabian Gulf.

Around the halfway point of a fluid game with few fouls but more chances, Alexis Vega’s header flew wide before Jesus Gallardo was prevented by a last-man tackle two minutes later when he had an open goal at his disposal.

Mexico controlled the majority of the possession, but Henry Martin found it difficult to finish chances in the box without Raul Jimenez leading the assault.

At the other end, Poland was unable to involve Lewandowski because both goalkeepers played the entire first half without needing to make a save. Lewandowski has scored 18 goals for Barcelona this season.

The tactical switch initially appeared to be successful as Poland started to generate opportunities and eventually won a penalty. Lewandowski shot low, but Ochoa correctly predicted the shot and dove to his left to deny the captain.

Wojciech Szczesny, a goalkeeper from Poland, demonstrated his talent shortly after Ochoa did in goal when he reacted swiftly to change directions and stop Martin’s glancing header that was intended for goal.

With 20 minutes left in the second half, Mexico’s coach Gerardo Martino substituted Martin and inserted Jimenez, but the Wolverhampton Wanderers striker, who is making his comeback from a protracted injury layoff, was unable to register a shot on goal.

As a result of their stunning victory over Argentina, one of the tournament favorites, earlier in the day, Saudi Arabia now leads their group.