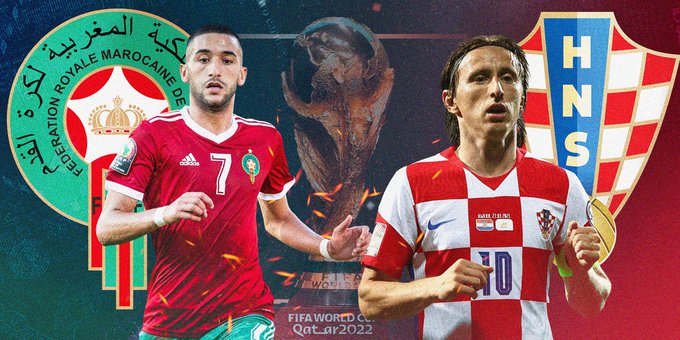 Another African team, Morocco will kick off their 2022 FIFA World Cup campaign against a fancied Croatia side on Wednesday morning.

This will be the sixth time the Atlas Lions will be appearing in the World Cup but have failed to progress past the group stage since 1986, when they were eliminated by Germany in the round of 16 (0-1).

Their opponent, Croatia, it is also their sixth appearance in the greatest football fiesta.

In the previous five, they have either been eliminated in the group stages (3 times) or at least reached the semifinals (twice, including the final in 2018).

This is the first encounter between Morocco and Croatia at the Fifa World Cup.

Their only previous meeting was in the Hassan II Trophy in December 1996, played in Casablanca.

13 of Morocco’s 14 goals at the Fifa World Cup have been scored from open play.

Here is how both teams line up for the game.