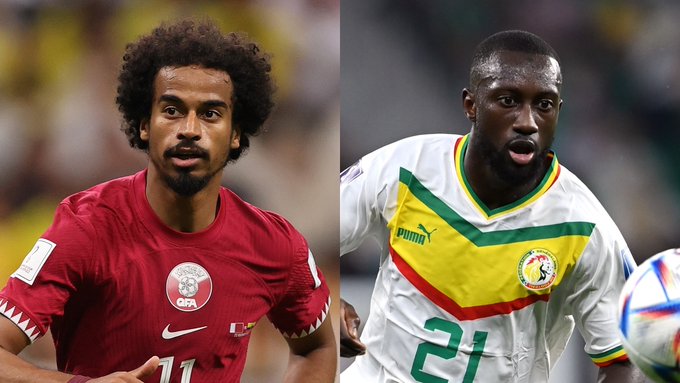 Senegal and Qatar  lost their opening Group A games with the same goal margin, 2-0 to the Netherlands and Ecuador respectively.

The  host made some changes to the squad that lost to Ecuador with goalkeeper Saad Al Sheeb is dropped while Meshaal Barsham, younger brother of reigning world and Olympic high jump champion Mutaz Essa Barshim, starts in goal.

Ismail Mohamad, Assim Madibo, and Bassam Al-Rawi are all replacements for the team that lost to Ecuador in the first game. Abdulaziz Hatem and Ismail Al-Rawi are the only two holdovers from that squad.

Senegal makes two adjustments from the team that fell to the Netherlands 2-0 in their previous match.

In place of Pape Abdou Cisse and Cheikhout Kouyate, Ismail Jakobs and Famara Diedhiou are substituted.

Kalidou Koulibaly and Edouard Mendy of Chelsea, Nampalys Mendy of Leicester, Idrissa Gueye of Everton, and Ismaila Sarr of Watford all get the start.