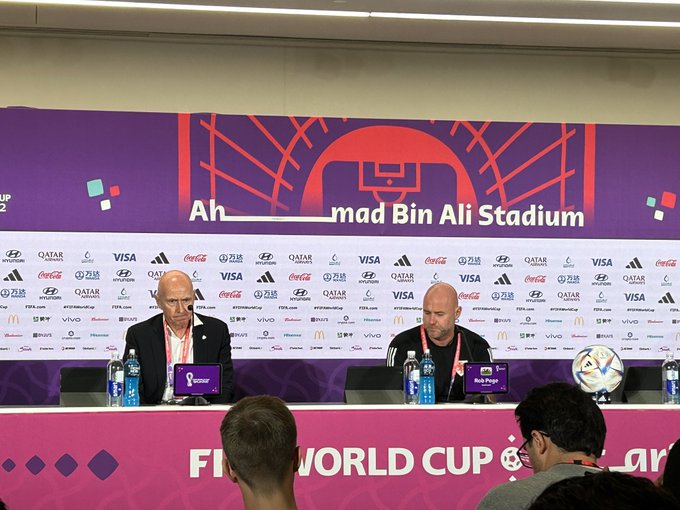 After their World Cup campaign appeared to be in jeopardy, Wales coach Rob Page was disappointed in his team’s performance in their 2-0 loss to Iran on Friday and claimed they did not live up to expectations.

Roozbeh Cheshmi and Ramin Rezaeian’s stoppage-time goals dealt Wales, whose goalkeeper Wayne Hennessey was dismissed late in the match, a severe blow. Wales had appeared poised to earn a point after holding off Iran.

The Welsh are last in Group B with just one point, while Iran is second with three. Later on Friday, England and the United States, who are tied for the lead with three points each, are scheduled to face off.

Wales, who drew 1-1 with the US in their opening match, will play England in a game that could decide whether they advance or not to the World Cup, where they are competing for the first time in 64 years.

“I am disappointed because we fell below the standards we set, that got us success and qualification for the World Cup,” Page said.

“If we’d have met those standards and made those performances we would have been alright. But we fell below that and when you do that in top competitions you get punished.

“Iran posed a constant threat. We just could not get going and that really disappoints me the most.”

Even before Hennessey was dismissed from the team and became the first player at this year’s World Cup to receive a red card, Page said he was unhappy with the team’s performance.

“We are low at the minute but we are going to get back up tomorrow and get ready for another tough game.”

On his part, captain Gareth Bale, who became Wales’ most-capped player with 110 appearances, said the players were gutted.

“It is going to be difficult for us for sure. We will have to see. What can I say? We recover and we have to go again,” said the 33-year-old, who had little impact in the Welsh attack.