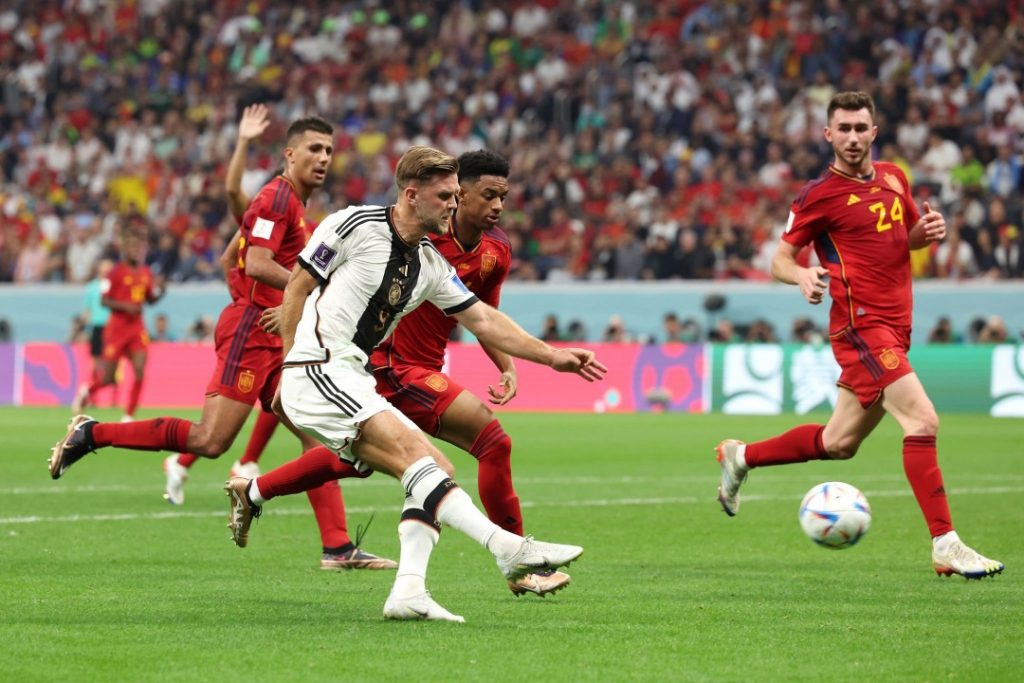 There was no winner in Spain vs Germany game as both teams share points to let the matchday 3 in Group E a bit more tasty with that 1-1 result giving Germans a hope for the next round.

La Roja dominated the first half but missed big chances to open the deadlock against Hansi Flick’s team.

The German team which run after the ball a lot proceeded on counter-attacks but they could not beat Unai Simon who has been tremendous for Spain.

The solution for the Spanish side came from the bench when Luis Enrique decided to bring Alvaro Morata on for Ferran Torres.

The former Real Madrid star gave the lead to his nation in the 62nd, few minutes after his entrance as he deviated a ball from a corner-kick and beat Manuel Neuer.

Spain could have won the game by scoring another goal but they were not concentrated until Germany came back.

And Füllkrug was the man who snatched the draw for them after coming off the bench to score on a powerful strike in the 83rd minute.

The game ended in a stalemate with Germany grabbing their very first point in this World Cup while Spain have 4 but will wait until next matchday before sealing their last 16 ticket.