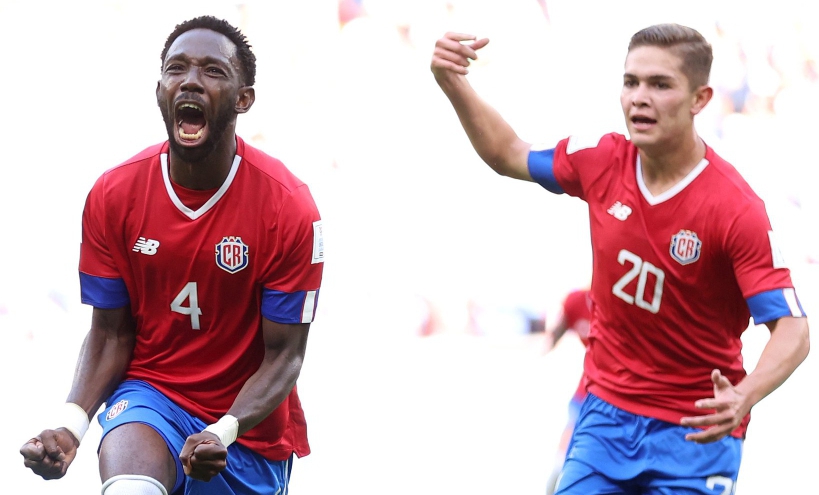 With a late goal on Sunday at the World Cup, Costa Rica stunned Japan 1-0 and completely opened up Group E, giving Germany a chance to salvage the match.

Japan, who defeated Germany 2-1 in their opening match in Qatar to shock the four-time champions, missed out on a huge opportunity to advance further by virtue of their loss.

Instead, they struggled for significant stretches of the game against a Costa Rican team that had just been destroyed 7-0 by Spain. Defender Keysher Fuller then scored in the 81st minute with a deflected shot.

It was Costa Rica’s first shot on goal at this World Cup, and the Germans stand to gain significantly from it.

Spain, Japan, and Costa Rica now have a combined score of three points. In a later game on Sunday, Spain will play Germany.

Hajime Moriyasu, Japan’s coach, utilized every player on his 26-man roster, making five changes from the team that stunned Germany in their opening encounter.

At Ahmad Bin Ali Stadium, where it was 32 degrees Celsius (90 degrees Fahrenheit), Japan launched an immediate attack and won a corner within 30 seconds to declare their intentions.

Coach Luis Fernando Suarez of Costa Rica had avoided making significant adjustments to the team that had been humiliated by Spain, benching defender Carlos Martinez and young winger Jewison Bennette.

Four players from the World Cup quarterfinals of 2014 were included in an aging starting lineup, including Gerson Torres and 34-year-old center defender Kendall Waston.

However, Japan’s early promise faded in the hot Doha sun, and 10 minutes before halftime, Joel Campbell, a 30-year-old from Costa Rica, made the game’s first shot at goal, a meek attempt that flew high and wide.

“Los Ticos” enjoyed greater possession of the ball as the first half came to a conclusion, but neither team managed to get off a shot on goal.

Takuma Asano, a striker who plays in the Bundesliga and scored the game-winning goal against the Germans, was one of two substitutions that Moriyasu made at the break after having had enough.

Immediately after the restart, the Blue Samurai were more incisive, and midfielder Hidemasa Morita forced the first good save of the game with a strong strike.

Just after the hour mark, Moriyasu substituted Brighton forward Kaoru Mitoma for a defender as Japan sought the victory that would advance them to the round of 16.

The Costa Rican defender Francisco Calvo ruthlessly pulled the substitute Junya Ito back on the edge of the box as he appeared to have wriggled free and was closing in on goal, receiving a yellow card that easily could have been a red.

When Fuller’s shot took a deflection and looped in with nine minutes remaining in the game, Costa Rica grabbed the victory after doing little offensively for the majority of the contest.