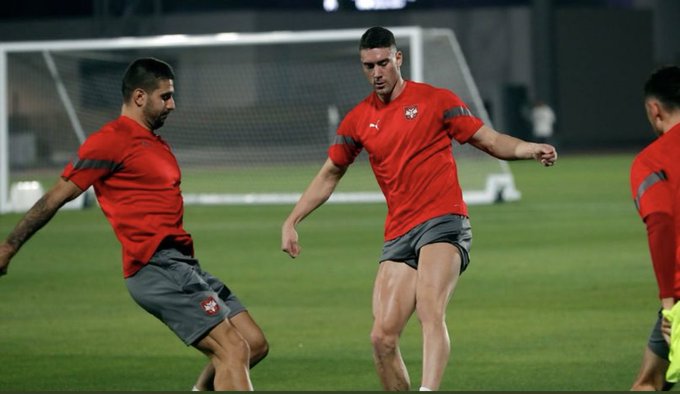 After sitting out of their opening game, Serbia’s head coach Dragan Stojkovic said that winger Filip Kostic is ready for selection ahead of Monday’s Group G match against Cameroon.

Due to concerns about the Juventus player’s fitness, Kostic did not play in Serbia’s 2-0 loss to the powerful Brazilians.

“The situation is not excellent, but I am satisfied compared to what we had before. The situation is better and that makes me happy,” Stojkovic told reporters on Sunday.

“I liked the intensity he worked at, which shows he is ready to play. I am glad he is fit and that we can count on him.

“I can’t say if he will be playing but he is one of the potential players, which was not the case earlier.

“The way he runs and his physical engagement in training has shown that is going to be OK and that makes me happy.”

Both Serbia and Cameroon dropped their opening contests, with the African team falling to Switzerland 1-0.

The Serbians are mired in last position in their group, just ahead of Cameroon on goal differential.

Aleksandar Mitrovic, the team’s leading scorer, and other injuries and fitness issues in the squad caused the team to struggle in their opening game, according to Stojkovic, but things are much better for Monday’s game at the Al Janoub Stadium.

“It is an important game for both teams given that we suffered defeat in our first matches, but that does not diminish our ambitions and objectives of what we want to achieve,” he added.

Cameroon hopes to become the third African team to triumph in Qatar after Senegal defeated that country 3-1 and Morocco stunned Belgium 2-0.

When asked how Serbia would subdue the infamous Indomitable Lions of Cameroon, Stojkovic responded:

“Cameroon is a team that can cause a lot of problems on the counter-attack so we have to be very careful tomorrow in order to prevent such a situation.

“We hope to be the team which will be on the top of their game and I hope that through our own style, we will be able to tame the Lions.

“Although it is not always easy because lions can be very fierce, but we have to play the best we can, I trust my team. I think everything will be perfectly fine.”