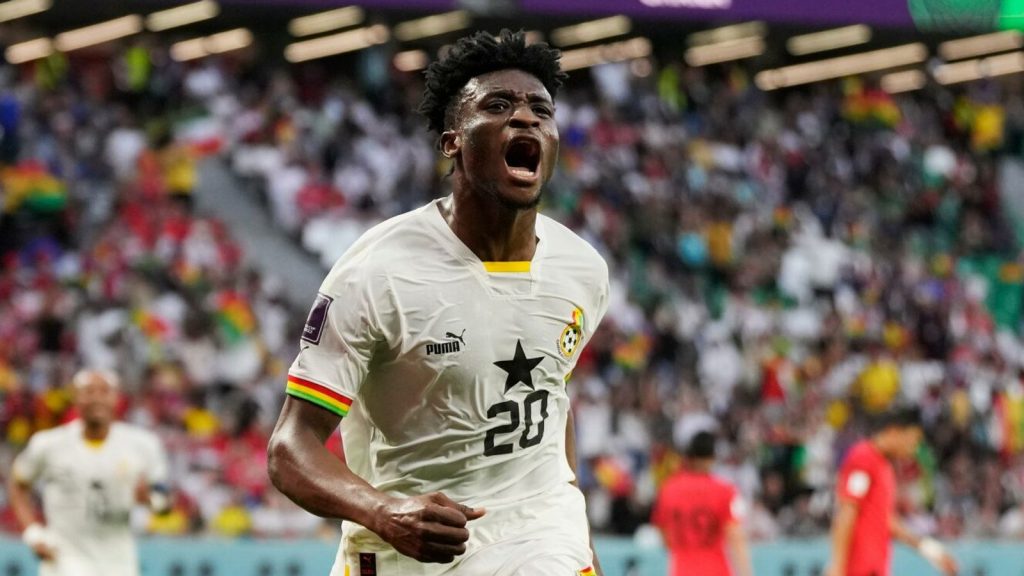 FC Barcelona are the latest European club to show interest in signing Mohammed Kudus who has been instrumental for the Ghana Black Stars since the start of the 2022 World Cup in Qatar.

Kudus has been tremendous in his club Aja Amsterdam since the start of the new season.

The 22-year old netted 4 goals and provided an assists in 6 UEFA Champions league matches this season with one of his goals coming against Jürgen Klopp’s Liverpool.

The Premier League side shown interest in signing the Right to Dream Academy product after that game.

Read more : Tunisia knocked out of World Cup despite HISTORIC against France

However, no discussion took place between the Reds and the Dutch side nor the player’s entourage before the World Cup started.

With Mohammed Kudus scoring a brace against South Korea, he announced to the whole World once again that he is a huge talent.

So far, many clubs have been running after him with La Liga giants FC Barcelona also confirming their interest.

“He’s scoring goals and in Holland they discuss a lot about his position, so yes – I know him well”, he added.

In addition, Kudus’ contract with Ajax Amsterdam runs until June 2025 and he is valued 15M€ by Transfermarkt, but it’s sure that Ajax officials will not accept to let on him on that price.